For most female workers, sexual harassment and their paths will never cross. For some, however it is an all-too frequent reminder there is still a ways to go in society, relating to treating women with respect at work.

While sexual harassment cases against men on the job do occur, the abundance of cases involves female workers being the targeted victims.

Simply put, sexual harassment is defined as any unwelcome sexual advance or conduct at the workplace that leads to an intimidating, hostile, or offensive working environment.

According to information for the year 2010 from the Equal Employment Opportunity Commission (EEOC), employers who were unable to protect themselves from sexual harassment claims filed with the agency recovered damages with settlements accumulating more than $48.4 million.

If youâre unsure exactly of what sexual harassment in the workplace constitutes, note that it can take on a number of different forms, including:

In the event you feel like youâve been the victim of sexual harassment in the workplace but did not react, there are several steps to take. They include:

At the end of the day, your employer is held responsible for the workplace actions of each and every worker under its employ.

To let sexual harassment actions go unpunished is not only a crime, but a slap in the face to the many hard-working women (and men in those cases who are harassed by women on the job) who simply want to show up day in and day out and do their jobs.

As a career woman, have you ever encountered sexual harassment along the way? If so, what did you do about it?

Dave Thomas, who covers among other items business proposals and small business loans, writes extensively for Business.com, an online resource destination for businesses of all sizes to research, find, and compare the products and services they need to run their businesses. 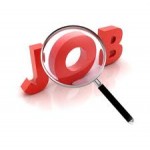 While many small businesses have found themselves having to freeze new-hires or even let people go given the turbulent economy, others have been fortunate enough to bring on new employees.

Stop, however, and look at your hiring processes. Are they really where they need to be?

For too many companies, there are cracks in the armor when it comes to hiring the right employees.

As a small business owner, do you follow a formal process when it comes to bringing on new talent or have you been winging it for some time now?

In the event it is the latter, here are some tips to help smooth out the process:

Hiring the right people for your small business is in a way like finding the right seats on the bus for all the students.

In this case, you are looking to hire the best fit for the open position, something that too many companies are not very talented at.

Dave Thomas, who covers among other items starting a small business and business proposals, writes extensively for Business.com, an online resource destination for businesses of all sizes to research, find, and compare the products and services they need to run their businesses.

In this day and age when social media is all the rage, it behooves those either out of work and looking for a job or those looking to change out of their present positions to utilize social media on their resumes.

Quite simply, social media can go a long way in helping job seekers further place their foot in the door with a company of their choosing, especially those who grasp this form of communication.

So, how should you go about linking the various aspects of social media and your resume?

Among the ways to do it are:

The day and age of mailing off a resume or faxing it to a potential employer still exists in some circles, but those circles keep dwindling. Nowadays, having the social wherewithal to promote yourself means you have a much better chance of getting in for an interview than not.

Most importantly, donât be anti-social when it comes to helping yourself attain the job you really want.

Dave Thomas, who covers among other items starting a business and workers compensation, writes extensively for Business.com, an online resource destination for businesses of all sizes to research, find, and compare the products and services they need to run their businesses.

When you used to look around the cubicles at work, did you ever stop and wonder if this co-worker or that co-worker had ever been fired?

For many workers, the pink slip has come in an unceremonious way all too often, leading them down a trip to the unemployment line. Whether it was due to bad performance, an issue with a co-worker, or just not seeing eye-to-eye with the boss, they were dismissed.

In the event you find yourself in this position now as you search for a new job, there are some important factors to keep in mind when called in for a job interview.

Getting over a firing and finding a new job definitely takes time and effort, but the end result could show you that the firing was actually a blessing in disguise.

Dave Thomas, who covers among other subjectsâ business phone service, writes extensively for Business.com, an online resource destination for businesses of all sizes to research, find, and compare the products and services they need to run their businesses.

With just about everything going up in price these days, it should not come as a surprise that health care rates for both employers and workers have been on a steep upward trend in recent years.

According to a Kaiser Family Foundation/Health Research & Educational Trust 2011 Employer Health Benefits Survey released this fall, employers are putting more money toward their employeesâ healthcare premiums than at any other time.

The survey, which interviewed close to 3.200 public and private firms with a minimum of two employees, notes that prices grew 9 percent over the past year. The premiums for family health care coverage have increased to an average of $15,073, with business owners covering more than $10,000 of the cost.

Some highlights from the survey:

According to a spokesperson for Kaiser, âThis yearâs nine percent increase in premiums is especially painful for workers and employers struggling through a weak recovery.â

Meantime, according to a report from Aon Hewitt, employees nationwide who have healthcare coverage can figure on seeing a cost hike of seven percent in the coming year.

So, how can both small businesses and employees lessen the chances of needing some of this healthcare in the first place? Among the things to consider are:

As 2012 comes to light in a little over a month, make sure both you and your employees have a health care plan in place that is both affordable and provides solid coverage.

Dave Thomas, who covers among other subjectsâ workers compensation, writes extensively for Business.com, an online resource destination for businesses of all sizes to research, find, and compare the products and services they need to run their businesses. 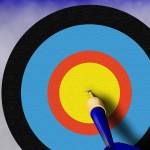 A troubled economy, fears about the stock market, and where things will go in 2012 with a presidential election have led many individuals considering opening a small business to wait on the sidelines.

That being said, some individuals have found the small business world to their liking. Whether it was always a dream to work for oneâs self or being let go at a full-time job and then turning to themselves for employment, some will tell you that opening their own small business was the best decision they ever made.

Know the Risks of Opening a Small Business

The choice on whether or not to open a small business is not to be taken lightly. Individuals must consider the risks and rewards that come with such a decision, including the potential financial losses that can quickly overcome someone and their family should the planned venture fail.

When looking at where to possibly begin a small business, keep in mind that some industries are thriving quite well right now given their importance to consumers. Even when the economy is in trouble, some fields will continue to prosper, so be cognizant of that when looking into a small business venture.

If your dream is to own and operate a small business, some industries to look to include:

These are but a few of the small business ideas that you should consider if youâre looking to open up your own company.

Running a small business takes time, patience, money and a commitment to seeing the job through.

If you think running a small business is a small task, think again.

Dave Thomas, who covers among other subjectsâ document management and HR software, writes extensively for Business.com, an online resource destination for businesses of all sizes to research, find, and compare the products and services they need to run their businesses.