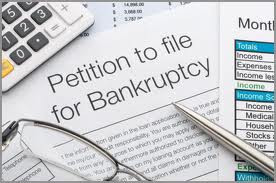 That number is a staggering figure to be sure, but a sharp drop from the 2009 peak of 60,837 during the worst of the so-called Great Recession.

Although the economic climate has improved considerably since 2009, 40,000 business bankruptcies constitute a fairly ominous statistic, representing the dashed dreams of American entrepreneurs, both big and small.

Whether the economy is robust or on its knees, businesses will continue to rise or fall depending on a wide variety of variables.

If youÂre a small business owner whose debt load is swiftly becoming unsustainable, then you may find yourself facing the very real possibility of insolvency. Under the protection of the bankruptcy court, a business can be reorganized or its assets can be liquidated to satisfy creditors.

Although bankruptcy in theory holds out the promise of a Âfresh startÂ for the owners of failed businesses, a business bankruptcy filing can severely damage the credit score of the business and its principals, making it difficult, if not impossible, to access financing at reasonable rates in the short-term future.

Another adverse consequence of bankruptcy is the substantial legal bill incurred during the process of filing for protection under the bankruptcy code. And bankruptcy will not wipe out tax liabilities, which can continue to haunt the owners of failed businesses for years to come.

In the case of companies that seek to reorganize under the protection of the bankruptcy statutes, in so doing they cede control to a bankruptcy court judge or trustees who will have the final say in all company-related decisions during the reorganization process.

If as a business owner, you see signs that your company is in imminent danger of failure, what other options do you have besides bankruptcy?

Under the first alternative — an out-of-court workout — the business owners seek to resolve their financial problems with creditors without relying on a court to preside over these negotiations.

Needless to say, the success of such negotiations hinges primarily on the willingness of your businessÂs creditors to engage in such talks. For this reason, it would probably be prudent to initiate such discussions before creditors have become intransigent because of prolonged failure to pay bills.

To effectively avoid bankruptcy, this financial workout should seek to win the cooperation of all creditors.

Should one or two major creditors refuse to join the talks, the business owner is likely to be forced to take the bankruptcy option. The business owner must also come up with a viable plan that ensures creditors they will eventually be repaid if they agree to cooperate.

This first alternative to bankruptcy presupposes that the businessÂs owners believe they can regain their footing and resuscitate their business if creditors allow them to set up a less arduous debt repayment schedule.

In other cases, business owners may fully realize that their company is beyond the point of salvage but still wish to avoid recourse to federal bankruptcy court.

Assignment for benefit of creditors, the second alternative to bankruptcy advanced by Wang Ekvall and Smiley, is designed for cases in which liquidation appears to be the only course of action left for a failing business. Although such assignments require court intervention, they are overseen by state courts and not the federal bankruptcy court.

Under an assignment, the faltering business selects an assignee — an appointment sometimes subject to creditor approval — who then oversees the liquidation of the failing businessÂs assets, subject to state laws covering such procedures.

If the liquidation produces sufficient cash to reimburse all creditors and cover the assigneeÂs fees, any leftover funds can be returned to the businessÂs owners or shareholders.

In the event you have filed for bankruptcy tied to your small business, what was the outcome? Have you been able to get back on your feet with a new business venture?

About the Author: Jay Fremont is a freelance author who has written extensively about personal finance, corporate strategy, business education, and career degrees in business. 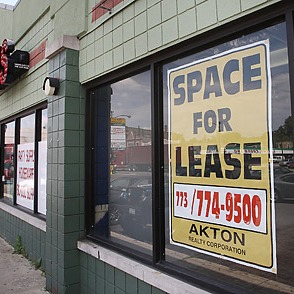 Given that 2011 was a difficult year for many in the business community, a recent report from Fitch Ratings will not exactly bestow confidence on many corporate heads.

Fitch recently reported that it expects the volume and size of corporate bankruptcies will double this year.

According to one bankruptcy attorney, â2011 wasnât a huge restructuring year. A lot of companies found short-term fixes, but when things donât get better you need a restructuring to find a long-term fix.â

The recent Fitch prediction notes that while restructuring is not a given to lead to bankruptcy, defaults among all corporate bonds will increase to approximately 3 percent over the next 12 months, an uptick from 1.4 percent last year and 1.3 percent in 2010.

Among the better-known companies to file for bankruptcy in 2011 were:

Fitch believes going forward that businesses carrying a large amount of high-yield and low-grade CCC bonds will be at the greatest risk.

According to the ratings agency, middle market companies (anywhere from $200 million to $1 billion) are most apt to be candidates for bankruptcy given the fact that it is more difficult for them to track down ways of refinancing.

Lastly, Fitch expects the restaurant, retail and consumer products firms to have the worst showing over the next 12 months.

For those businesses, small or large that are looking to avoid a bankruptcy filing in 2012, keep a few factors in mind:

No business owner ever wants to hear the âBâ word, but being prepared for it just in case is a sound business move.

Dave Thomas, who covers among other items starting a small business , writes extensively for Business.com, an online resource destination for businesses of all sizes to research, find, and compare the products and services they need to run their businesses.