Tuesdays Aren’t for Staying in One Place 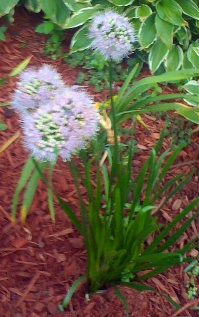 When I worked in an office, Tuesday got to be “a nothing day.” Everyone wanted to hit the ground running on Monday. We’d get our details and thoughts together before we reported back in. So Tuesdays became meeting days when we talked about what we were doing and as a result not much got done.

Now I work online. I visit social sites and I see that the “Tuesday feeling” happening every day of the week. Conversations about what we’re doing are so inviting that we can get swept into talking our day away without doing a thing.

It’s an easy way to get stuck in one place — in that Tuesday feeling — always talking and dreaming, but not doing. We become like talking plants, rather than people.

Plants, and flowers, and trees have roots that keep them stationary. People have feet that can walk, minds that can think, hands that can make new things. It doesn’t take much to move things forward. All it takes is the effort to make one positive move.

Make a comment, start a new conversation, make something happen in a new way.

How will you make Tuesday a positively important day?

Get your best voice in the conversation!

Not Gonna See the Sunrise this Morning 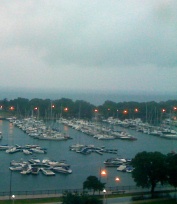 No question that I was up before the sun’s arrival. But a hitch in the giddyup sent shades of gray and a wealth wet where the rays shine on other mornings. It’s so overcast that the harbor lights are still glowing as if it’s night out.

On a Saturday, with a project that’s as much fun as I hoped, I’ll listen to the rain and let it wash away the previous days. It’ll be the start of spanking clean weekend.

Can wait to see how things look when sun shines again! 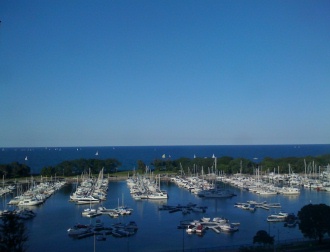 Nothing lasts forever . . . except what we remember.

How do you hold onto the moments you value?

Write so well the Internet answers!

about the combination of things that got me here.

What’s here? Here is this moment in reality.

I am a child of all of my ancestors. I have the instincts of humanity.

I have the quirks of my experience and my DNA.

Then there’s the weird colors and sounds that make up my unique world view.

Don’t forget my positivity and resilience. I wonder who added those in?

They make up my head, heart, and meaning.

Ever wonder what brought all of the bits of each of us together?

Every one of those bits has a unique purpose, sure as a flower shining in the sun does.

Have any bit-sized suggestions on how to add just a little more sunshine?

Stop Growing Up for a Second

Barring catastrophe, it happens that we all become adults. It’s the cycle of life. We find and define our journey. We leave behind our childish habits and ways. That seems the way a life is supposed to unfold.

I wonder whether we ought to reconsider before we put everything from childhood away. Young children seem to do some things far better than adults.

I’ve never met a small child on a search for personal meaning or one who questioned what life is about.

When we leave behind our childish habits, perhaps we should recall of the wisdom that we had back then.

What childhood wisdom helps you live your life?

Related
The Top 10 Ways to Start Living Your Life
How to Be Alive and 10 Ways to Celebrate It!
Top 10 Ways to Become a Miserable Blogger
Time for Everything: Letting Go to Find Flow

Every year at Christmas, my mother had her own tradition. She began buying gifts and wrapping them long before other folks even thought of such things. It was efficient. It was productive. It allowed her to wrap up the gifts in the same careful way that I choose my words every morning.

Gosh, the presents! They were large and small! They were tiny and incredible. They were many, and they were for so many. They sat under a tree that was decorated with such care that I realize now it must be the reason that I spend hours rearranging word that I write until they’re in order.

Under that tree and piled through the large room as proof that my mom had found a reason to return every favor, and every smile she had received. Each gift was wrapped more beautifully than the one before. The bows were crafted and carefully chosen.

The part of the tradition seems only my mother’s was that she waited until Christmas Eve to put names on the presents. Until then, every present only had a tiny number. She said that it was that we wouldn’t shake the gifts with our names and be tempted to open them early. But the result was that those little numbers filled my imagination with wonder.

You see, I didn’t sort the boxes into theirs and mine. I only saw the abundance and the promise of good surprises.

And it made me think about what could be inside the boxes. I could see them shining inside.

Gosh, the abundance and the good surprises inside each of us! See the light? See the promise? Our light shines when we shine on them.

See the gift they are. Be the gift you are. It makes us glow from the inside out.

Thank you for the abundance and surprises you are to me.

about those sentences in our heads.

They were useful once I’m sure — those sentences in our heads that tell us how to act and who we are. But some of them are woefully past their “sell by” date and still they play over and over. It’s time to stop paying attention.

I see folks who let one sentence, one event, define their entire life while they sit with the power to set it iaside and chose a new path.

This once-shy child doesn’t have to be a shy adult. I’m not stuck with other folks’ thoughts. Any event is only something that happened. I can paint it, put it on a wall, and call it history.

It’s my life. They’re my thoughts. I’m tossing out the ones I don’t want. I don’t need negatives anymore. It’s the positives that move me forward.

How else will I become positively me?