From 7a.m. to 11p.m., October 24, 2007, Successful-Blog celebrated the value of the successful and outstanding bloggers who land on these pages. The conversation was all over the map both topically and geographically. The food choices were mostly sweet and creative, as only virtual food can be. Personally, I like the poptart ice cream sandwiches. Fireworks at the end brought the evening to a close somewhere about when the 660th comment was being typed in. And a landmark was passed at comment 378. . . .

Check out the Party Favors

HART captured the entire list of links for the guest posts leading up to the party.

These Links Were Shared in Just the First 210 Comments!!

Some great stuff, don’t you think? As Mike said, “Most prodigious!”

I’m one lucky blogger to know these people!
–ME “Liz” Strauss

Related
The Mic Is On: Happy 2nd Birthday to SOBs Everywhere!

It was a most prodigious day.
I’ll be collecting all of the party links for you.

Meanwhile, I just want to say
that if troubles ever knock . . .
you can share them too.

If you find a time when things just seem to fall apart
and there’s no way to keep a cheery face,
when the sight of your own reflection
only breaks your heart,
and all of your dreams have given up the chase . . .
pick up the telephone, you know I’m always home,
any time of night or day.

Let me be the first to know. — Howard Jones, People

You are my inspiration.

Thank you for showing up in your own unique and wonderful ways,

Related
The party is Oct. 24th! Come for the surprises! Bring a link to your success!!!

It’s like any rambling conversation. Don’t try to read it all. Jump in whenever you get here. Just go to the end and start talking. EVERYONE is WELCOME
The rules are simple — be nice. 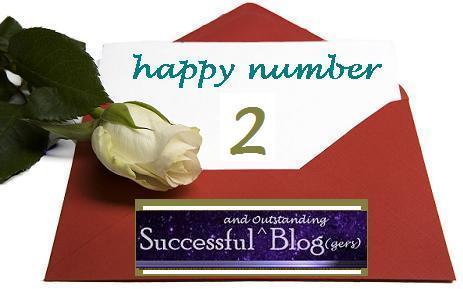 Iâ€™ll compile a list of all of the links when the party is over.

C’mon in and get to know us! There’s free beverages and snacks in the sidebar. Join the party. See who you meet. Stay and come back again.

Check out the Party Favors

Happy Birthday, all of you! Thank you for making everything so meaningful!

Today, Liz Strauss is celebrating the birthday of Successful Blog and she
has asked that we share with her and her community something that is both
successful and outstanding with us in our lives.

Well, it turns out that today is the wedding anniversary with my wife, Kate.

If I were to look at my life and figure out what is both successful and outstanding, the relationship with Kate would be number one on my list.

It was, of course, not easy getting to this point in our lives. There have been previous relationships that have not worked out. In both my wifeâ€™s and my life there have been the challenges, the falls, and the triumphs â€” everything that is wonderful, hard, and fleeting.

It simply prepared us for each other.

I donâ€™t question that any more.

Tonight, Kate and I will enjoy a quiet anniversary dinner at a wonderful restaurant. In between the courses, weâ€™ll again weave the story of our relationship â€” the triumphs, sorrows, and laughter â€” that continues to add to the foundation we have built together. Weâ€™ll wonder at how all of this came together; grateful and knowing how the past has shaped what we now have, knowing that we share the future.

We will have no regrets and great confidence in our relationship together.

Because what we have is successful and outstanding.

Ho’omaika’i ‘ana Liz, congratulations! Your blog has lived up to its name of ‘successful’ in so many ways, counted by all of us you mentor and lift with lightness and laughter.

In today’s common use in Hawai’i, Pono is a word often associated with being successful, for Pono means rightness and balance. It is significant to note that although the widely accepted Hawaiian word for success is the more literal holomua, Pono is the word chosen when complete success is acknowledged, because it is accomplishment born of a value, one of conviction and intention. To say “we succeeded” one would say “Ua pono kaua.” To say “we succeeded with our work” one would say “Ua pono ka kaua hana.” Holomua becomes the word of choice for improvement or progress, and the striving for more. Complete success is not true success unless it is Pono: there is rightness inherent in your achievement. It has not come at too high a price either; the personal truth of intellectual honesty triumphs. That is where balance comes into play, in the kaona, or hidden meaning of the word, and within personal integrity.

Liz, you have created a home here at Successful Blog for a passionate and provocative community of thoughtful people, and they aspire to their thoughtfulness in every comment left for you, because you are Mea Ho’okipa, the ever gracious hostess. Your success is indeed Pono, and one we all share with you in the spirit of aloha.

I have now established three different blog homes for the Ho’ohana Community of lifelong learners, and I think of my HC (of which you are part Liz, and all your readers invited) as one of the most meaningful, humbling and profound successes of my life. I know you feel that way about this community too, and I join you in savoring the wonder of this day. How blessed we are to know this feeling of outstanding success, that which is Pono.

by Robert Hruzek (posted from somewhere in The Middle Zone)

Hmmmâ€¦ (sound of scratching head) how can I adequately express my appreciation to the kindest, most understanding, and wonderful person I know in the Blogging world today? (Sound of getting whacked on the forehead â€“ which is why I have a flat forehead.) I know â€“ Iâ€™ll tell you a story!

Once upon a time, far, far back in the annals of mists of blogospheric pre-history (which equates to about 10 months ago in real time), I first ran across a very special person on the Internet. Well er, no, I didnâ€™t really, um, run over her (because, you know, that would be bad); I mean I discovered Liz Strauss and Successful Blog.

Now, not knowing that much at the time about blogs and blogging in general (I had been at it for about 7 months already, but hadnâ€™t made much of an impact â€“ but I was learning), I didnâ€™t really understand what I had um, stumbled upon (and that was before somebody patented the idea!). But it didnâ€™t take long to realize that here was someone really special.

During one of the first few times I participated in Open Mic Night (Tuesday nights – be there!), I committed a big fat hairy flub (thatâ€™s a BFHF, for you acronym fans) â€“ right there in front of everyone. And whatâ€™s worse, I didnâ€™t even realize it at the time! (No, Silly, Iâ€™m not going to tell you what it was! Suffice it to say That Which Shall Not Be Named was an obvious and heinous breech of blog etiquette.)

Now, as you know, putting anything out there on the Internet is like engraving it in stone. Itâ€™s there for all to see – and pretty much forever…

So anyway, instead of slicing me off at the knees (so to speak), or flaming me (hey, I didnâ€™t know Liz back then, and didnâ€™t know that she would never) â€“ no, the next day she sent me a private email and just came right out and asked me: â€œHey, Robert, whatâ€™s with that?â€

â€˜Course, yours truly here (nickname: olâ€™ â€œOn the Ball Bobâ€) responded with my usual helpfulness; if I recall, it was something brilliant like â€œEr, duh, wha-?â€

But when I went back and looked at the offending moment (preserved, as I said, for all eternity), it was pretty clearly something I wished I hadnâ€™t said. (Oh, that my power of foresight was as good as my power of hindsight.)

Yikes! I felt about as tall as my F12 key, and my embarrassed response was immediate. â€œOops! Youâ€™re right â€“ it does come across badly! Please erase it, and thanks for letting me see what you see.â€ â€“ or words to that effect (sorry; best I can recall, since some of the olâ€™ grey cells have taken early retirementâ€¦)

What impressed me the most was that it was such a kind way of responding! It truly brought home to me the importance of words and their meanings, along with lots of other great stuff, like clarity, honesty, authenticity, and (especially!) forgiveness on the Net.

In fact, besides the incredible support Mrs. MZM gives me (which is a LOT, bless her!), that one incident has meant more to my writing and personal growth than any other single lesson I can think of!

Having spent the last 10 months doing my best to keep up with Liz (do you really live in my computer?) I finally gave up and settled for just contributing when I can. The conversations, the Open Mic Nights, the support, the advice (and let’s not forget SOBCon!) â€“ it all adds up to one very special lady, and one very special place!

Happy Birthday to Successful Blog! (And of course to you, Liz – a tip o’ the hat to you!)

Thank you, Robert! This story is close to my heart and I so love THAT HAT!