Surf carnival at Tallebudgera, Queensland, with surfboats ready to race. The surfboat, with a team of rowers and a sweep, used to be part of the basic surf rescue setup on Australian beaches. They were used when individual lifesavers on long reel lines could not get beyond the breakers for a rescue or for mass rescues.

These days they have given way to inflatable rescue craft. Now the surfboats are used for feats of strength and skill and have become the centre of a flourishing sub-culture within the volunteer surf lifesaving movement.

The surfboats were traditionally crewed by males only, when the surf lifesaving clubs were male only. There are now many all women crews, although we have noticed sometimes, when we’ve seen women crews practising locally, that they have a male sweep on board.

Man or woman, a surfboat is no place for the faint-hearted. There is an old joke that when surf clubs were choosing their boat crews they would line up the contenders and throw bricks at them: the ones who didn’t duck got to be on the crew. 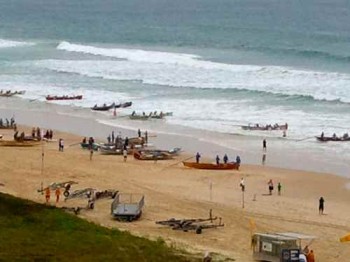 How do you choose your crew? 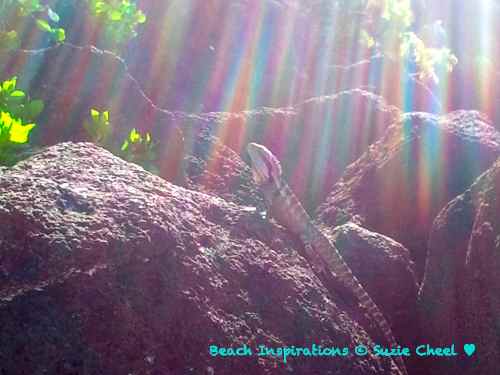 Raise your chin and your eyes to the abundance of life and color. 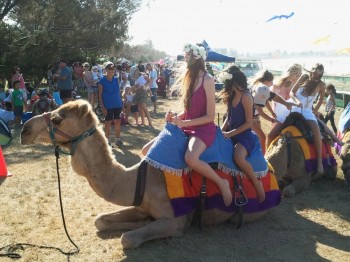 Camel rides were a popular feature of the kite festival at local Kirra Beach, Queensland, last weekend. In the 19th century thousands of camels were imported to Australia to help with the colonization of less hospitable parts of the country, mainly in central and northern Australia. Then with the arrival of motor transportation, the camels were released into the wild.

They multiplied. So the very accommodating and apparently docile animals in the picture have a great many wilder cousins in Australian central desert regions. An interesting factoid for a trivia quiz is that, with over one million camels now roving free – and estimated to double every nine years – Australia has the largest feral camel population in the world.

It is wonderful to find creations like this on the beach when we are walking. I wonder what world the children with their parents were talking about as they built this city and where are those pathways going?

As you build your business, just imagine. 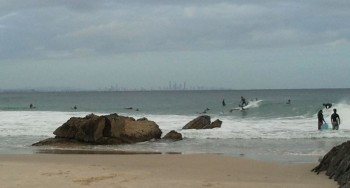 The state of Queensland, in which this picture was taken, has a tourism-attracting slogan describing it as âbeautiful one day, perfect the nextâ.

Nice slogan, but there are cloudy days and even here at the world-famous Snapper Rocks break, sometime there are not many waves to speak of.

But these keen surfers were not put off by either the cloudy sky or the lack of big waves.

Are you waiting for cloudless skies and a perfect swell for your business to take off?

Every day is perfect for business. 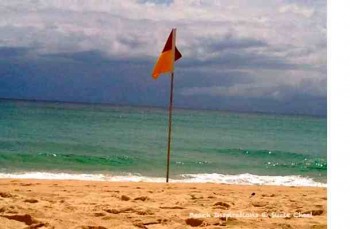 In life some things are better in pairs like shoes, earrings, and gloves. Also “lifeguard on duty” red and yellow flags.

In Australia, the area between two of these flags is the safe area for swimming as it is patrolled by lifeguards. One flag alone does not show the safe “swim between the flags” area that the lifeguard sets each day at the beach.
Is there something in your life that needs a pair?