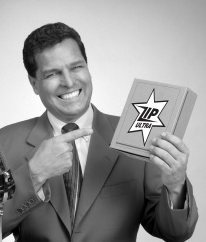 Look at MY great idea…

Itâs really frustrating when someone steals your ideas or work.

1. You say something in a meeting, no one reacts, but then later someone else repeats the exact same thing and suddenly gets all the credit.

2. You achieve a breakthrough or invent something, share it with others, then find that someone else is presenting the idea as their own.

3. You deliver a bunch of great work to your boss, the he puts his name on it and doesnât mention you when presenting it to others.

Itâs at a minimum super-annoying, if not downright unethical.

So what do you do about it?

I am an advocate of staying on the high ground. I have done this in my career when someone else absorbs my work with no credit to me.

1. Take advantage of the difference between talking and doing

When someone re-packages your idea and gets all the glory, it is my experience that they are now out of moves. People who have to steal good ideas donât typically have the capacity to do anything about them â they max out at recognizing and repeating a good idea.

It can be fun to ask them, OK, so what will you do next to make this happen? While they are giving a shallow, hand-waving, âweâll need more input, or put it to committeeâ kind of answer, just take control of the next step.

You be the one to develop the idea to the next level and take decisive action on it. Create a communication plan around the action and the outcomes.

You will get known for the important part â doing something. And the moment in the meeting when he stole your idea will fade into the background. Also take some comfort in the fact that others recognize this idea-parroting behavior too.

2. You are supposed to make your boss look good

I remember the first time my boss absorbed a big project of mine. He put his name on it and the CEO thanked him for the amazing job. I was invisible. I was crushed. This was early in my career.

Later I recognized that you are supposed to make your boss look good.

But you need to make sure that between you and your boss, itâs clear the work was yours.

Write up a case study of what you did to be included in your next review. Document how things were when you started, what you did, and what the outcomes were. Document the benefit your boss received.

If itâs all true you are not doing anything controversial. You are just letting your boss know you are happy for him to have the glory publicly, but expect him to acknowledge your work, and not walk all over you.

Sometimes this is inadvertent, and your boss is actually happy to give you the credit publicly. Ask your boss if you can join him and do part of the presentation. Ask your boss to keep you visible. Tell him that this visibility with his peers will help you deliver the next set of outcomes that he needs (that will also make him look good).

Whether itâs your boss or your peer that stole your work, donât do the confrontation in public. If itâs a peer have a private meeting where you say something like:

I am pleased that you were able to run with my idea. I have documented my work for my boss and his peers in other organizations, so that they may also benefit from this idea.

Let them know that you have let other people know behind the scenes where the work really comes from. They will be less likely to continue to advertise their ownership of it, when they realize that lots of people other than you know the real story.

4. You canât stay invisible. You need to talk about it.

One big reason I see that people get their ideas stolen is that they are not comfortable talking about them.

I know one person who was repeatedly given opportunities to share an invention, and because he did not enjoy public speaking, he didnât do it. Someone else stepped in to do the presentations and ultimately the idea became credited to the person doing the talking.

Communicate about your work

You need to stand up for your ideas, your work and your team. When you do something good, you need to make sure that you create positive visibility for that work with the people who care about it.

By staying invisible you are just inviting your ideas and your deserved recognition to be stolen by others.

How do you share your ideas? What do you do when some takes credit? Please leave your thoughts in the comment box below.

—–
Patty Azzarello is an executive, author, speaker and CEO-advior. She works with executives where leadership and business challenges meet. Patty has held leadership roles in General Management, Marketing, Software Product Development and Sales, and has been successful in running large and small businesses. She writes at Patty Azzarello’s Business Leadership Blog. You’ll find her on Twitter as @PattyAzzarello. Also, check out her new book Rise…