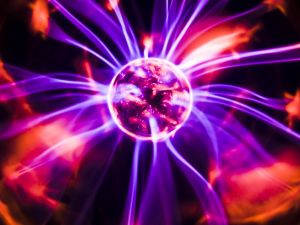 You’ve probably heard that.
In the world of physics, it’s explained as

Not long ago, I had the rare and amazing experience of being in a group, with a group, part of a group of coworkers who are on common quest. They’re building a company and they’ve invited Amy Derby and me to join their social media quest.

The room was electric with ideas. The total kinectic and potential energy really did equal mass multiplied times the speed of light squared. I can’t stop thinking about what makes that happen — because when we went back it happened again.

The first four-hour meeting sailed by with total engagement, without self-consciousness or boredom. The seond one did too. It was group flow — that state of “being in the zone.” Twitter was discussed, but no one even thought of tweeting.

E = mc2 of Business is putting all of our social-relational team energy into our work. It’s better than flow, because it’s got the exponential power of a team.

I wonder if they were aware how much they smile.

Have you ever experienced the E = mc2 with the people you do business?
How do you know when you’re with a team that has it?
How do inspire it and fire it up?

Buy Liz’s ebook to learn how to talk Internet.