Welcome to the SOB Cafe

We offer the best in thinking — articles, books, podcasts, and videos about business online written by the Successful and Outstanding Bloggers of Successful Blog. Click on the titles to enjoy each selection.

The Specials this Week is

the list of panels by the friends of SOBCon. If you know these folks, you’ll know that it’s smart and lucky to vote for them.

SOBCon influence invades SxSW Panel picker. Get out and vote for these amazing folks so

Remember, voting ends on August 27th, so do it now. BTW, these are also great people to follow on Twitter.

Sit back. Enjoy your read. Nachos and drinks will be right over. Stay as long as you like. No tips required. Comments appreciated.

We are pleased to support all of our SOBCon friends who are now part of the 2011 “Panel Picker” process for the popular interactive conference in Austin, South by Southwest, better known as SXSW.

Here is a list of panels up for vote that feature friends of SOBCon, including two to be hosted by SOBCon Co-Founders Liz Strauss and Terry Starbucker. Please support ALL of these great people because we know they will “bring it” at the event.

Thanks, and let’s bring the spirit of SOBCon to SXSW!!

Off to the Island We Go

I was still a young pup when I discovered the key to conferences. It doesn’t matter what industry you’re in. They’re arranged, funded, and attended by people. People at conferences seem to fall victim to the same behaviors. By the end, the folks leaving can look like they’ve lived a season of Survivor — Take for example this recent conference: Survivor SxSW Austin.

People were off to the island of Austin. Soon enough SxSW castaways realized that their ties to home were gone. We started saying hello; finding common ground; seeing who had a SxSW badge, forming our teams. The people of the town, the people of restaurants, the people in the cars, cabs, and hallways become like so much scenery — we only interacted with them when we needed essentials — food, clothing, and shelter (well, mostly food.)

Survivor SxSW became Reality 2.0. Anticipation was high. Possibilities were higher. Intentions and expectations were everywhere. “Do everything” looked like the only option between now and home. Survival required focus and follow through in the alien environment that only a huge conference can be. The folks who came without training were at a serious disadvantage.

The 3 questions on the Survivor site were heard throughout the week.

Who would be left standing at the end of a week?

It’s easy to feel alone. No one gets automatic immunity. You have to find your own.

Huge conference after huge conference the cast doesn’t seem to change. Let me introduce you to the folks I always see. They were there last year … but like a new season of Survivor, they seemed to be the same people with different names.

Lots of regular folks were there too, by Day 4 they were easy to identify. They were the ones who were still awake and itching to find their own pillow. A Survivor Experience can wear on the most grounded psyches. These are the folks who disappeared from the interwebs when they got home.

How to Find ADOS Immunity at a Huge Conference

Lots of great things happen at conferences. SxSW is outstanding for what it offers –incredible opportunities to expand your network and constant input to move your thinking to new levels. You’ll meet great people and if you try, you’ll get a chance to know them. To be successful, you need to find immunity to an extreme case of ADD that someone called ADOS — AD-oooo shiny.

Those few strategies can help keep your balance. You’ll accomplish your goals, get a return on your investment, and learn plenty from just being there. You’ll head home a Survivor, feeling like the tribe was worth every minute you spent in their company.

What do you do to survive huge conferences?

Work and network in a small quiet space with a dream team.

Gee “Butt” It’s Great to Be Back

Sometimes you have to take an airplane clear across the country to have a conversation and conversations are being had. From the minute, I came down the escalator to baggage claim and saw Becky McCray waiting for me the talking began. Before the bag even arrived, Jonathan Fields and David Maher Roberts showed up.

From the airport, it was off Vignette for Austin Social Media Club — where I finally got meet up with old friends and new Connie Reece , Mike Chapman , Ben and Lani Rosales , Lauren Vargas , Aaron Strout , Jason Falls , Shannon Paul , and many others.

Later we caught up with the guys from Radian6 and had finally found our way how to @SheliaS and @CFanch where Becky and I are holed up.

We collected our badges and @Tojosan in the morning and set up Table2.0 for a Tweetup Firday that corresponded with @EricaOGrady’s birthday party. We also met up with @ShashiB, @EricaBiz and few others, including @Geekmommy and @SaulColt

Later it was on the BlueSky event, I finally got to see my friends @ChrisBrogan and @Copyblogger and to meet the famous Pam Slim. So many good conversation were had.

I had the bp pleasure of walking over with a great group of the Walmart Moms to the high point of any conference is the @BrianSolis and @StephAgresti Tech Set event.

Amazing how much fun you can have in a new pair jeans – heh heh!

It’s a joy to be able to spend time meeting with folks I know down Austin — Sheila was a gracious and generous host. Becky made sure I toed the line and helped me sort the world. That Chris Brogan is a rock star and personally delivered on of my favorite dinners. Aruni is even more beautiful inside and out. Christina, Shama, and Shashi made a group lunch just by being there.

Still I have to say that I missed talking to everyone I meet here in the morning.

At a meeting on Wednesday, Leah Jones was speaking to a group about the people she knows online and said this, “I’m not going to use quotes. [My friends online] are real friends.

It’s a right choice for me to be “gone” when I’m gone on conference. Otherwise, I find myself torn in too many directions — trying to do too many things. I lose track of where my focus should be.

Conferences come and go. Hopefully, I found some new thoughts to share with you.

What I missed at SxSW was talking to you everyday.

I also missed sleeping with my own pillow.

Thanks for being here to come home to. 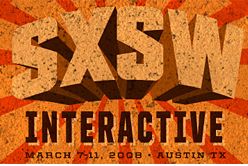 When I booked to go to SxSW, I had a few considerations on my mind. My blog is the center of my small business . . . a small business needs to be open for the folks who visit here. Still, if I want myself, my business, and my network to grow and go deeper I need to be part of the relationships I care about.

Conferences do matter, especially to small business. For these reasons and many more.

I went to SxSw with purpose — to learn more and meet more people. I’m bringing back more perspective, more clients, and more friends to interact with you.

I know a conference where you can do many of the same things. . . . it’s in May. Come to SOBCon08 with a purpose!