You’re Not Doing Yourself or Anyone Else Any Favors

Hey, I know you’re busy, gotta get a lot of things done. But whoa! 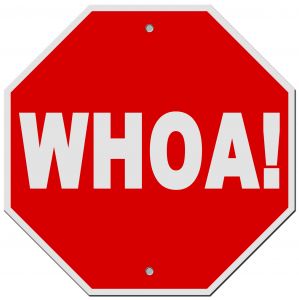 If you don’t stop once in a while, you’re not doing yourself or anyone else any favors.

When I first got into publishing, I was an adrenaline junkie. I loved getting things done. I prided myself on being able to find more seconds in an hour than anyone could. I could arrange, rearrange, multi-tier, multi-task, and multi-delegate the same page to multiple people while I was doing multiplication for multiple project quotations in my head. I could spin 23 plates on sticks and watch 18 fishing poles in the river, while I was juggling 6 balls in the air and talking on telephone. I even said things like, “I want to be known as the person who can do the impossible.”

It all embarrasses me now.

Because more isn’t more. Not one of those things got my full attention. I was good, they all got B work or better. But none them got my best. And in the end, they got the best of me instead.

When I finally got a job, where they wouldn’t let me do that, I learned the value, the fun, and the excitement of going deep and doing quality work. Less really is more. That’s when I found out what I was really capable of. That’s when I did the work that I’m still proud of, the work that lasted.

You might be what I was — a work snob — I thought I was better than the rest.
A work snob because every human can only do what’s humanly possible — even if they do it well. Slow down just enough to show folks how damn good you really are. Take a rest.

What are you doing to keep the human in you around?

Buy the eBook. and Register for SOBCon09 NOW!!