Gone are the days of customer service phones ringing off the hook.

While some people may still want to use traditional means to connect with companies, modern consumers rarely want to pick up the phone if they experience a customer-service issue.

Instead, they’re turning to social media to voice concerns and ask questions, knowing that a simple tweet is often the best way to address an issue quickly and easily. 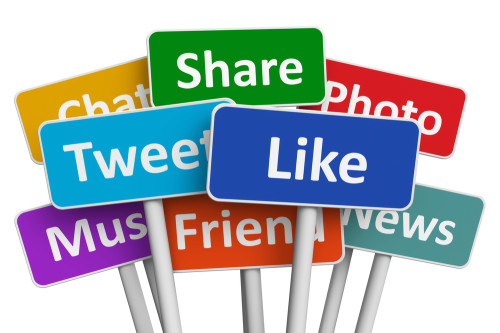 Did you know that 42 percent of consumers who complain on social media expect a response no more than 60 minutes later?

This may seem unreasonable, but compare that with the time it should take for a resolution via phone. And these days, the advent of social media has not only opened up more communication channels, but it has lowered patience. A recent study showed that people who complain on social media on nights and weekends expect the same service and response time as they would during normal Monday through Friday business hours. How can companies keep up with that? What a beast.

Smart companies are catching on that social media is their strongest customer service tool. KLM, for example, the leading airline in customer service, realized the importance of social media in 2010 when Icelandic ash left tens of thousands of customers stranded in airports everywhere. It was the biggest interruption to European air traffic since World War II.

Those customers turned to social media for solutions to their travel woes, and KLM responded. Soon after, the airline made social media the focus of its customer service efforts. Resolution time was cut to one day, and one social media post is responded to within one hour Â and it all happens via social media.

There are several tools out there ready to help companies get their customer service needs under control as efficiently as possible using social media. Here are a few I’ve found to be worthwhile.

Salesforce is the tool that drives the customer-service machine of KLM. How does it work? Its system extracts customer-service requests from over 150 million social media networks, blogs, forums and more using customized keyword identifiers. The tool’s technology works its magic by searching comments and phrases combining, for example, #KLM, @KLM, and any KLM mentions with customer-service trigger words like “help” or “my flight is late.”

The cool part is that the software can then prioritize the results automatically using the purchase history of the customer and their activity level on social media. So if you have a big Twitter following and you’re a frequent flier, you’ll probably be placed at the front of the customer-service queue. Pretty nifty.

Another social customer service tool, LiveOps Social, is a cloud-based contact center/virtual call center software. But instead of tickets submitted through voice, online contact forms, or email, it searches requests on Twitter and Facebook and then submits a ticket that way. The concern is then placed in a service queue alongside all the other requests, but it is prioritized according to the customer’s social and service history.

This social customer service tool lets companies manage one-on-one, real-time social conversation. The system automatically routes customers to an agent based on his or her expertise, work group, current caseload, average time to respond and service satisfaction rate. Work groups represent different issues, so say a product has a very specific issue Â a work group is created to address that particular concern, and they’ll receive all the tweets relating to that issue. If a customer prefers a different agent, or expert, that change can be easily made.

Companies that handle a high volume of customer service requests are turning to social media helpdesk platform SparkCentral. Formerly known as TwitSpark, the key to its success lies in the response time. This tool provides super fast and efficient follow-up customer service over Facebook and Twitter. From seemingly petty problems to crisis management, it’s all automatically prioritized and attended to promptly.

Used by big companies like Google, Barclaycard, and Hertz, ConverSocial is a cloud-based social service solution for large-scale monitoring. Using sophisticated technology, the service decides for itself whether or not a social media complaint warrants a response.

Any Tweeter out there can understand that not every tweet deserves an agent to spend his or her time responding to it. ConverSocial totally gets that. Like other tools, it prioritizes a response according to social and customer history. More serious issues of course would go to the front of the queue. If a response is delayed, the system automatically reroutes the issue to a new agent.

Has your company used social media to resolve customer service issues? Please share your experiences in the comments!

Author’s Bio: Diana Gomez is the Marketing Coordinator at Lyoness America, where she integrates social customer service and business marketing strategies for USA and Canada. Lyoness is an international shopping community and loyalty rewards program, where businesses and consumers benefit with free membership and money back with every purchase.