Blake MycoskieÂs TOMS is an amazing business feat, no?

ItÂs a business set up with enough profit margin that a pair of shoes can be given away for each pair purchased. Even more notably, itÂs a business that sells itself because customers have an immediate role in the mission through a simple purchase.

ItÂs amazing how much time and money people donate to organizations they want to support. According to the U.S. Bureau of Labor Statistics, about 62.2 million people volunteered through or for an organization from Sept 2012 to Sept 2013. Additionally, Americans gave away $335.17 billion in 2013, according to the National Philanthropic Trust.

Why would people give away this much time and money?

It may be as simple as this – for a chance to make a difference. 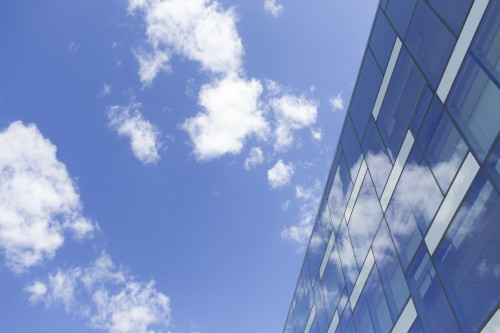 Maybe people do it to feel better about themselves, maybe to become who they want to be, maybe they want to spend time with others who are volunteering, or maybe itÂs guilt-motivated. But all of that pales in comparison with the motivation of feeling like youÂre making a difference. We all have lofty thoughts and ideas of how weÂd like to change the world, but we have limited resources and time. Consequently, we are happy to give to organizations that are changing the world in a way that weÂd like to do.

What does this have to do with your business?

When you have a mission statement that your business can accomplish on its own and that benefits only your business, you create no space for customers to play a role in a greater mission. You limit their role to only profiting your business, rather than to being able to change the world with their dollars.

Selling great products with quality service is admirable. But if that is your mission, then it limits your business, your impact and your customersÂ buy-in. An internal-profiting, able-to-accomplish-on-your-own-effort-mission is not really a mission, itÂs a business goal.

However, if your grand mission is to change the ethical standards of developing world suppliers by the way you do business Â how much more motivated are customers to support you?

A mission that is seemingly unattainable and requires support and action from multiple parties creates a clear role for customers to play. When it is clear that you need customers to accomplish your mission (like TOMSÂ one for one – no shoes could be given unless they were purchased), customers can see their role and assume it. Where there is no obvious need for customers to get involved, they wonÂt.

IÂm not telling you to create a manipulative business model with a mission that cons customers into buying in. It should be genuine. People can, and are often looking to, sniff out fake promises.

Yet, at the end of the day, do you really want your business to have been all about your own profit? Or do you want it to have made some bigger impact in the world? If itÂs the latter, simply say that. Make it your mission. You canÂt do it alone. When you create room for others to help, those who want the same world impact will buy in. TheyÂll support the business and market it with more credibility than you can. YouÂll be in it together. Only then will you make a difference in the world beyond your own profit.

The upcoming new year is reminder that the future is a chance to make a change. If your businessÂs main mission is self-profit, 2015 holds the hope to make it about a bigger purpose.