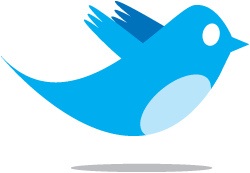 Twitter.com — it’s a phenomenon. Each person is limited to talking in 140 characters, but quickly we find that we can say almost anything. It has become the world’s largest networking room without walls, a room in which people can tune in or tune out the short statements of millions of Tweeple who write every minute of every day what they’re thinking about.

People on twitter share their lives, share their business, share their incidental thoughts, broadcast noise and whisper secrets that are overheard in a public timeline. Dramas take place friends are made. Deals are done and undone. Humanity is on stage.

It’s the comfort of the hive mind.

@mincedmedia: “Group text messaging with your friends and fans. ”
@sizzler_chetan: “microblogging and social networking tool…”
@maxineappleby: “therapy”
@mcb927: “Twitter is defined by the ‘small world’ networks using it.–an abbreviated WWW (txt length) w/ self-propogating hubs & nodes.”
@Brainmaker: “The pia mater. You know.”
@DrKathleenYoung: “free association?”
@spin: “Turn-based chat for those not skillful enough for real-time chat ;)”
@ajinnashville “Twitter is that friend in the room that doesn’t mind just sitting there and listen to you ramble…but that also doesn’t mind telling you ur full of crap when you’re finished blabbing (in a positive way, of course) :)”
@Infinite_Ray “I see twitter as a utility to meet people and have conversation before actually meeting in person, and for business leads & rel.”
@charnellpugsley “Engagement. Relationship builder. Real-time connecting.”
@sizzler_chetan “A place where you can update your status, promote your stuff, read news in the fastest way and enjoy networking.”
@jnswanson “what people used to say passing in the hallway. Only the hallway’s huge.”
@joetorma
“Twitter is what now was before it was then”
@hummingbird604 Definitely. I call on my twitter friends to help me and comfort me (as I often do the same)
@PAWeissenstein Also to share articles, points of view and opinions (mine and others) with people. The penultimate soapbox!

What Is Twitter?
Got more to add? C’mon let’s talk.