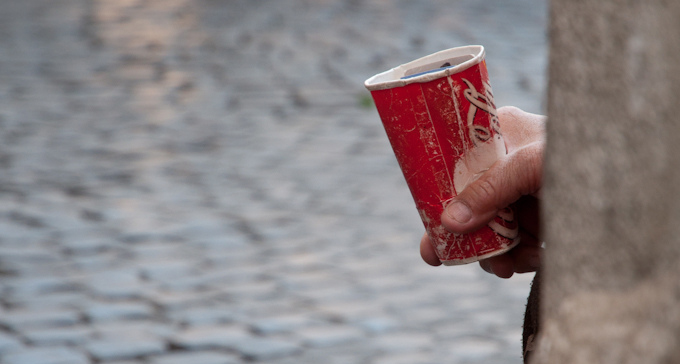 The world can be cruel, with natural disasters destroying cities, famines facing whole countries, wars killing parents or taking away their livelihood, or just social and economic issues that create a set of difficult challenges. It is through a sense of responsibility in the welfare of our fellow man that we do something to change lives, hopefully for future generations.

Social media and networking have changed the way charities are handled, and especially how they gain support from potential donation pools, company sponsors and even government agencies. On a basic level this is done just by getting the name of an event out onto the Internet where people can see it and share it. This will usually bring people to the event itself, and sometimes alert the press that it will be going on.

But there are other ways that large charity events can be benefited through social media marketing.

1. Expanding the Role of Local Volunteers Within Networks

Any mega event is going to have to have a wider base than just a single city. If you are hosting one, you probably have volunteers in various cities, some major, as well as connections with philanthropists and activists either nationally or internationally. These people can have an incredible impact on your campaign, and through social media they can all assist in spreading the word from where they are.

Giving them free reign to develop their own method of social media for the event will give you an impressive workforce that can be brought together and harnessed for maximum efficiency. This method can also be used outside of the event for your organization year round, keeping people informed in their specific region of events, and just keeping up with current issues and needs.

Tip: Use local hashtags to find and enroll volunteers as well as to keep them engaged.

2. Connect with the Community, Not the Cash

It can be easy to feel yourself falling into the trap of focusing on donations from an event or cause more than the cause itself and the people who support it. With a non-profit that is struggling to remain active while giving significant help to whatever need, this is understandable. But if you lose focus of your community, you will lose momentum and eventually fall flat.

Make the effort to stay tuned in to what your supporters are saying. Communicate with them and keep them up on the goings-on of both your organization and the wider effort itself. Include them and they will return the favor. If you lose that connection, you will lose everything.

Tip: Use Slack to keep engaging with your community and team. Alternatively you can use a self-hosted alternative MatterMost (a cloud hosting would be an affordable option to host a community)

3. Inspire and Empower Through Networks

Don’t think of your social media work for your event as the end-all. What you are trying to do is not create a one-stop place for information, but to inspire people to share, and empower them to get involved in their own way. Your campaign is a spark that will light a fuse, which will then cause sparks all the way down the line in other networks.

Create a passionate network with people who are dedicated to your cause. Then, use your ingenuity to light their interest further, empowering them to get really involved with spreading the word. Watch them do so, giving that same spark to others, who give it to others and continue to pass it on. You might even be inspiring their own events.

Never forget the importance of one-on-one contact with people involved in your community. Maintaining personal connections, keeping the lines of communication open and staying directly linked is extremely important. Even with a mega event, you should have a way for people at any level of participation to contact you and receive a response. You also have to regularly communicate with those who are more heavily involved, such as running specific campaigns or smaller events in other areas.

Social media makes this easier. Regular emails, social networking pages like Facebook and Twitter, and even Youtube videos are all ways to keep that line going. Having local branch pages of your non-profit from larger cities you are involved might also help to keep it from becoming too overwhelming from a single source.

Tip: Use Hootsuite to use most of your social media accounts from one place.

5. Use All Your Tools

Relying on one single social media tool can be dangerous. Simply because you are trying to mobilize a greater force using a paltry arsenal. You have to take into account all that you have at your disposal in order to best reach people.

For example, email lists are extremely helpful for long term communication. It allows you to regularlyu update your entire community, and gives them a chance to learn about what is going on in their own time. Sites like Facebook and Twitter are good for real-time updates and regular communication one on one with users. Blogs are good for in depth explanations of events, coming changes or press associated with your cause.

Tip: Sharing programs like Google Drive or Zoho can be a simple way to give access to projects by group members without having to rely on constant email attachments.

Adapting to Technology to Make a Difference

Over the coming years we are sure to see further changes in social media, networking and sharing that will further expand out ability to connect with causes and events. But for now, there are plenty of ways that you can mobilize long and short term support using these methods.