On September 17, 2020 many of Liz’s friends, colleagues and family members  came together in celebration of her memory. Not a funeral, but something unique in the spirit that we believe would have made her smile. Liz never wanted to be on a pedestal, nor the center of the universe. Knowing that, she touched so many lives in so many beautiful ways, and she leaves an incredible legacy.

“Gathering Stardust for Liz Strauss” was co-created and co-produced by Jane Boyd, Jeff Pulver, Gigi Peterkin, Rosemary O’Neill, and a small group of Liz’s friends, with love and gratitude from Eric T. Strauss.

We are so thankful for the community that was shared, the many stories that were told and the voices of everyone who contributed to making “Gathering Stardust” such a profoundly moving  celebration of the uniqueness and brilliance that was Liz Strauss.

As part of “Gathering Stardust,” many individuals shared stories of inspiration about the significant number of ways that Liz had personally and professionally impacted their lives. The speakers, in order of appearance, included:

Twice during the gathering, we broke out into smaller breakout rooms to have a more intimate setting to explore and share our thoughts in response to the following questions:

Many friends of Liz volunteered to hold the space for these rooms and support discussion and sharing. The breakout room facilitators included:

Included above is the full recording of the main room. The breakout rooms were not recorded.

Throughout the gathering, there was a beautiful feeling of love, gratitude and community — something many commented on throughout the event and after.

Without question, it was the kind of gathering that Liz would have loved being a part of.

And indeed she was. 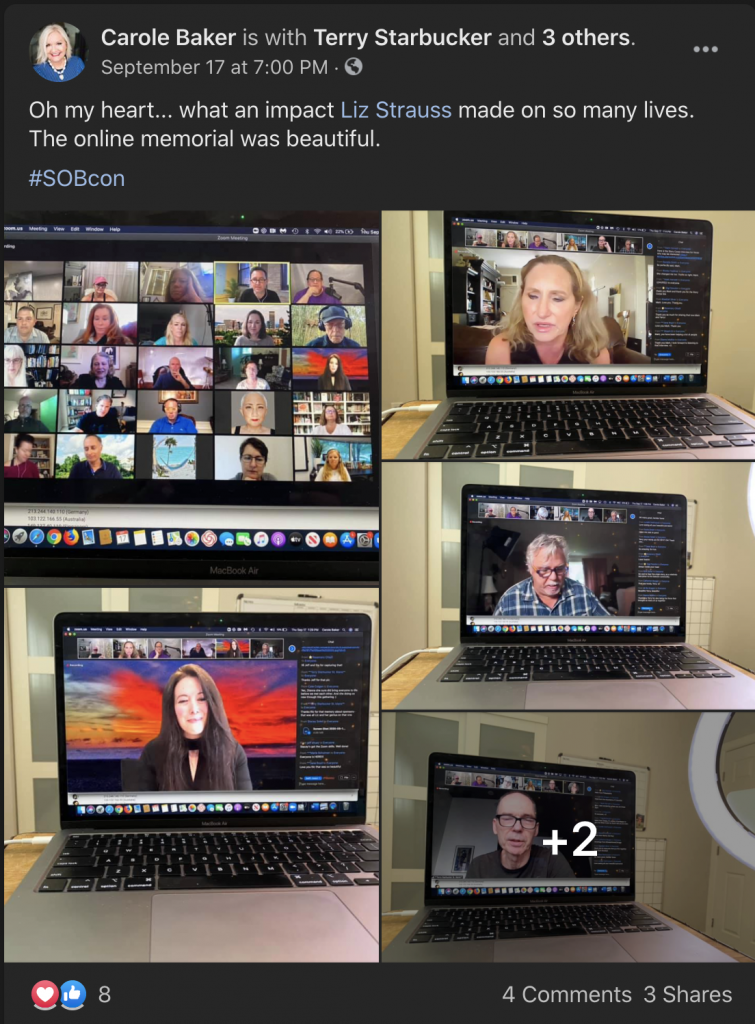 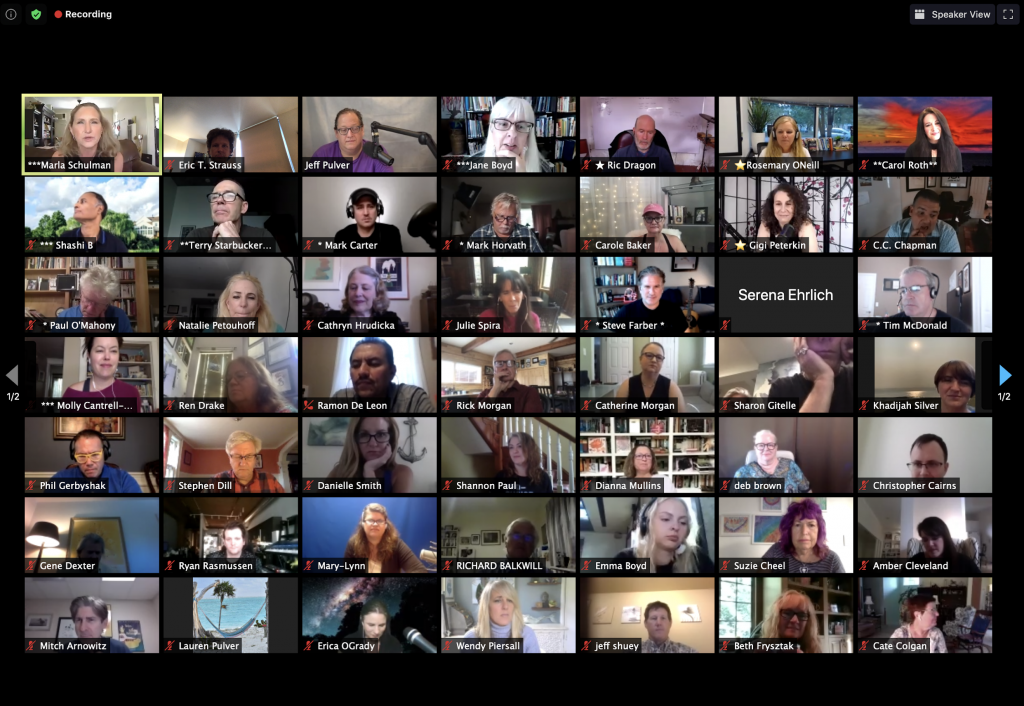