You may remember the name Wernher von Braun. He was a true rocket scientist. One of the first.

He headed up the rocket program for Nazi Germany in World War II and when the war was ending surrendered to US troops and was moved to the States to continue working on his rockets.

I can relate to that moment.

Anyway. There is no question that von Braun was a brilliant man. Even if I’m not.

How we phrase things can make all the difference.

I sometimes tell people “I’m deadline motivated.” My wife says that’s a polite way to say that I’m a procrastinator.

If you had a choice, which one would you share with folks?

Now I see there is a polite way to describe all the time I’m on the internet. I used to think I was just cruising the web, surfing the internet. Mostly just poking around. My wife is often tempted to say I’m wasting time.

Now, in those moments when the subject comes up, I can honestly say, “No honey. I’m doing some basic research.”

Talk about a better say to say it! Perfect.

During my research time (I gotta start practicing this one now) putting this post together I found that Homer Hickam, the guy that wrote the book that the movie October sky is based on, has a web site.

I think that’s cool because Gorgeous and I listened to one of his other books on tape during our road trip over the holidays. We really enjoyed it. In fact, I liked it enough that the author’s name stuck with me. And that’s saying something.

You can even check out Homer Hickam’s blog.

Well its sort of bloggish. A little bit.

I guess blogs are starting to become cool, even if folks don’t quite get it completely yet. But that’s just the Way I C it. 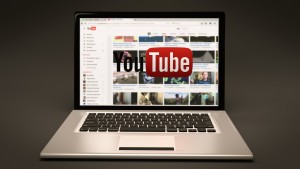