An Ever-Growing Group of Fans 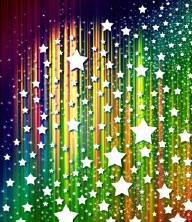 Social media can be an interesting exercise in watching the number of people who click on the button to become followers or fans. Yet you’ve probably met that fickle group who easily buy in on a whim bo become a friend of that kind.

Sometimes we connect to be around in case we need each other. Not every friendship needs constant maintenance. We make conversational networks of acquaintances. We make large groups of Twitter friends. We know that they not really fans. Some might be around for the longest time without actually listening. Or they might clearly participate for “15 minutes” until something or someone shinier or more interesting happens their way.

It’s unreasonable and unrealistic to think that every person would be a lifelong friend. I’m not sure anyone could handle the load if it were possible for a life like that.

But some folks have a way of attracting dear friends and loyal fans. They’re the rock stars of whatever world they’re working in. They so love what they do and do it so well that they attract an ever-growing group of devotees and fans. These rock stars have three unmistakable traits that make what they offer irresistible.

Knowing, playing, and centering in on the people who thrive on what you do. Those are the keys to an irresistible offer. Every one of us has the power to reach inside to find that rock star potential and make it evident.

Look to the ideas, the topic, the thing that you can’t NOT do. Learn everything you can about it. Go deep and wide learning and experimenting with combination and creations just to see what happens. Then have fun showing other folks how you can use what you love to solve problems for them.

Have you found the irresistible rock star in you?

Make new connections …
–ME “Liz” Strauss
Work with Liz on your business!!