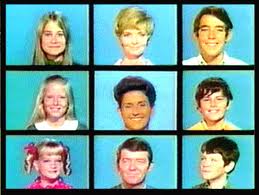 Each and every one of us has the opportunity to define the course our lives will take over time.

Essentially in life you have those who will never move far from their comfort zone and those willing to take a chance or two.

Now before I tell you which one I am let me state that those that choose to not take risks are not doing anything wrong by any means. When they choose to play their life cards close to the vest, they are no better or no worse than those that choose a little riskier proposition.

As for my story, I was always fascinated with California as a kid growing up in a middle class family back on the East Coast.

The Brady Bunch and One Kidâs Dream

Maybe it was watching one too many Brady Bunch episodes or the allure of warmer weather practically year-round, but something hooked me at a young age. Truth be known, I always thought the Brady kids lived in the coolest house, but weâll save that discussion for another time.

So as I worked my way through high school and college, I knew once my schooling days were over that a decision would present itself. Would I stand pat and stay back home for work the rest of my life or would I venture to the other side of the country, roll up my sleeves and give it a whirl?

As I pondered this decision more and more, the thought of starting up a business always appealed to me, but I also knew that financially I was not in a position to do such. Maybe I would join the Coast Guard, become a police officer or involve myself in the sports world, three other career choices that always intrigued me?

When my college graduation day finally arrived, I was then thrust into a little more of a hurry up when it came to making a decision on what route I was going to take in life.

After working part-time to have a little money coming in, I got my first full-time job as a sports writer for a local newspaper. Let me be quite frank, the money was nothing to jump up and down about, but at least I was not giving my parents any additional heartburn as to what their youngest one was going to do with his life once his college days were over.

Working for nearly six years with that publication, I came to the realization that while I enjoyed the work and the ability to stay involved in my local community, I was not totally satisfied. Something was eating away at me, something that I had the power to control.

The Vacation to Change a Lifetime

I decided to fly off to California for a weekâs vacation and check it out, you know, just to satisfy my craving.

After spending a week visiting San Diego and Los Angeles, my life was about to do a 180.

I returned home and told family and friends that I had to do it, I had to go live in California and at least give it a shot. Sure, it may be the dumbest decision in my life, both from a personal financial stand point and also professionally, but I had to take that risk.

So, with marginal savings, no job lined up and the reality that I would be some 3,000 miles from my comfort zone, off I went. I must point out that without two very supportive parents, the journey may not have even materialized in the first place.

Despite some ups and downs along the way, it is now nearly 18 years later and Iâm still calling California home. Whenever I go home to the East Coast to visit family and friends, Iâm always quick to think about what might have been:

Although I would have changed some things regarding this journey knowing now what I did not know back then, Iâm 99.9 percent sure I would have made the same choice today as I did some 18 years ago.

Donât Look Back on Life with Regrets

One of my older co-workers at the time back then told me that she really admired the fact that I was willing to take such a risk. As she informed me, she and her husband had a similar idea to try something completely different, but they did not, and now it was too late in life as they were raising a family and essentially entrenched in their lives back East.

My feeling at the time was quite simpleâ¦ if California did not work out I was always free to come home.

I canât say that Iâm a huge risk taker these days, sitting here knowing that statistically Iâve lived more than half my life.

I can say with certainty, however, that if I died today, it would be as a happy man. Quite simply, my dream in life has been fulfilled several times over.

Sometimes when I look at the palm trees, the ocean, the California license plates and more, I have to pinch myself and take stock of the fact that Iâm actually here.

No matter what life throws at you, donât ever let your dreams be extinguished.

Keep in mind that each and every one of us does indeed have the ability to dream and see those dreams come true.

I know one kid growing up some 40 years ago on the East Coast that saw his dream become a reality.

Dave Thomas, who covers among other items advice on starting a small business and obtaining workers compensation insurance, writes extensively for Business.com.