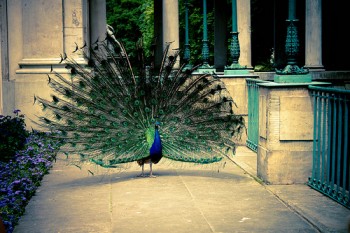 You want a new Web site. You’re the boss and the company needs a new site. The existing one is home to static and dated talking points and lately you’ve begun to suspect that it is shouting at visitors and is thus, not developed with an evolving 2.0 culture in mind. There’s nothing, you conclude, social about. Your wife, mother-in-law and golf buddies all agree. Youâre the boss and this is your mandate.

You want the thing redone and you want it redone now. Details are someone else’s problem. That’s what you pay the worker bees to do. You make the demand, they make it happen. You don’t care how; you just want the darn thing done and done well. You assign a small gaggle of your most qualified people to the task and they immediately spring into action. At the outset however, you make it clear that you want every phase of the project to pass through you before moving through each milestone. You’re Teddy Roosevelt. That’s just the way it is.

The talented group you’ve assembled begin doing all the heavy lifting as you expect it to be done. They do the research. They poll the best resources. They draft the Gantt charts and project time lines that denote, in graphically rich detail, the mile markers that will comprise the job’s lifespan. They have drawn up the wire frames, and the site map too. Nothing is left to guesswork. Your people got it right the first time. And you insist on being involved in every discussion.

You call a meeting to review the team’s progress. The team sits down with you and proposes the solution as outlined in the project management materials and research data they’ve spent the previous week developing. The team is pumped. They know they nailed this thing and confidently cannot wait to see your reaction. Your project lead places the plan in front of you and you dig in, allowing her no opportunity to present. You give the proposal a flagrantly cursory look and are quickly ready to respond.

The wire frames are bland and unsexy and the sitemap is nothing more than a confusing bunch of boxes with if statements peppered throughout.

Hmmm. The timeline calls for a 12-week project lifespan. 12 weeks, you exclaim, seems an excessive period of time to launch a new Web site. You have no prior experience launching Web sites, but that doesn’t stop you from being thoroughly convinced that you’re right to expect and demand it be done faster.

You don’t known what the terms, CMS, 301, 401 or Gantt all mean and that frustrates you. Instead of learning however, you use your entrepreneurial brawn to deliver a brief and condescending lecture to the lead on why spelling things out in plain English was not achieved and time, consequently, has beenÂ wasted. Your untrusted lead cautions you that these materials are internal project guides, intended for the technical eyes of the team and not necessarily a high level presentation meant for non-technical leadership. As the lead, you assure the boss that you’re trying to explain things in digestible terms, but the boss filibusters time and again and silences you’re every effort to simplify the conversation.

Intimidated further by your lead’s sensible rebuttals, you’re the big cheese you recall. So you dig your increasingly fragile heels in and quickly, loudly move on, even more confused now than you were before your initial objection to the amount of nerdy mumbo jumbo in the plan.

Suddenly it dawns on you.

Where’s the layout concept? “What’s this thing going to look like?”, you ask the team. The lead explains that this is a planning meeting and in the timeline spreadsheet, all of these milestones are addressed in their logical order. This frustrates you even more and you again explain to the team that you think 12 weeks is excessive and you now begin to suspect why. All this planning. All these spreadsheets (one in total, mind you). All these wire frames are giving you a headache. There’s no fun in any of this! You insist on seeing ‘something’ (a layout) within the week.

The team lead tries again to explain that designing the creative at this stage puts the sensible order of milestones grossly out of sequence and thus, hinders the team’s ability to get things right. You scoff and launch into a less-than succinct rant about how you built the company and how you met deadlines and adapted to ungodly pressures in far less time than this project asks for. The team tunes you out and, one by one, slowly begin to accept that you don’t give a darn about their expertise in designing and developing great Web sites. You don’t notice, of course, that your team has abandoned you, because you are too busy being certain that this situation is not unlike any other professional crisis you’ve experienced and inÂ each of those, you were 100% in the right. You merely want to control every facet of the job and consequently grant no one beneath you the authority to succeed on terms unfamiliar to you.

The site was designed according to your project management sensibilities. It possesses all of the social channels you demanded it possess. It even went live ahead of that senseless 12 week calendar your former team lead recommended. Oh yeah, she quit like six months ago. If you had listened to her, you ponder, you might still be waiting for a site to go live. Your wife and golf buddies think it rocks and while you now have Twitter, Facebook and YouTube profiles, you have no qualified traffic hitting your pages and you’ve ultimately learned nothing from the exercise.

You’re broke and out of business. You’re getting older and you haven’t the fundamental computer savvy to impress interviewers. You have enormous debts and the culture that rewarded your business ideologies so many years earlier has now made you virtually unhirable. Humility sets in if you’re lucky and it is then, if you’re luckier, that it dawns on you that you don’t possess a monopoly on the right answers.

That’s when you learn to listen again.
Listening leads to life-long learning.
It’s your chance to start over.