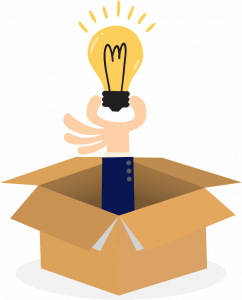 Lately, I have been seeing a lot of people talking about growth hacks. These are little tricks that you discover that launch you into the mainstream by creating a surge of user accumulation in a short time.

Plenty of businesses have been scrambling to hire on a growth hacker for their businesses ever since the term started to trend, and even I have been approached by some clients asking me about it where before they had never seemingly heard of it.

The problem – as I have explained to them – is that this method is actually, at the heart, an unscalable hack. But when I say this it usually causes more confusion than it alleviated, which sent me to Google to see what others had to say on the subject. I was shocked to discover only a couple of relevant article on the same concept, and at least two were bases around the technical design definition of the phrase.

The Definition of Unscalable Hacks

An unscalable hack is more or less a short term solution that may or may not yield results. It is usually a temporary solution to a problem that will only patch the original issue, or provide a momentary injection. Which is, to me, what growth hacking is in both theory and practice. It is a short term means of creating a growth surge before you move onto the next tactic.

The problem with this kind of solution in any context is that it is only beneficial if you truly do find that mystical strategy that makes it all worth it. The one that will be your ace in the hole, and boost you onto a new level where you can begin a whole new tactic for continued growth.

Now, I am not saying that unscalable hacks don’t have their place in a sound business strategy. Just look at the way Reddit used the gap created by Digg to sweep in, or Google+ leveraged invites to build hype (not that it helped them in the long run). These are examples of short term actions that really paid off.

All I am pointing out is that an unscalable hack (or growth hack, for that matter) mean nothing if you don’t have the juice behind it to keep things running past the point where it stops being effective – which can be a very small window of time, indeed. If you don’t see many results with that hack in the first place, it is just creating even more problems.

A Better Way To Do Things

If you manage to find that genie’s lamp, by all means, rub it.. Would LinkedIn have been successful if they hadn’t started off following a single minority elitist line within the niche? Probably not. But don’t put too much effort in thinking of wishes that you forget how many you have. The end result is going to be based on more than a good idea that launched you into the mainstream…once you get there, you have to stay there.

The best method of leveraging hacks is to apply them to already solid business and marketing models, and incorporate many sound ideas that will work alongside your genie. Don’t put everything you have behind it’s power, because it only has so much.

With that said, regardless of which growth hacks you are using, always top it off with:

What do you think about unscalable hacks? Are they worth taking the risk for the average business or site owner? Let us know in the comments.

Image by talha khalil from Pixabay