At first, when people are studying to become visual artists they work very hard at getting their hands to respond accurately to what they see. Over time there is a shift as the artist chooses to emphasize, edit, and curate â they tend to bring focus to what they love and admire and tend to gloss over that which they do not like.

They might admire the horrible and the ugly. A steady diet of prettiness and even beauty can be tedious. Sometimes a scar, a blemish, an imperfection enhances what we love. Sometimes we are more interested in what shocks us out of our stupor, and makes us feel more alive.

Even photographers choose to click the camera at some moments, pointing in some directions, while not doing so at other moments, and in other directions. They choose what to photograph.

Van Gogh wrote to his brother, Theo, âAdmire, Admire, Admire – the only path to growth.â When he wrote that, Vincent was living with destitute coal miners in an extreme wretched state of poverty. Yet in that environment, that which he chose to sing from the mountaintops was âadmire.â

To be forgiving is to be flexible. You give way. You are charitable. Otherwise, you are rigid, and unforgiving. Uncharitable.

Being charitable doesnât just mean giving money to your favorite cause. It means that you donât assume that what motivates others isnât opposed to you.
These are some of the big words of morality: charity, mercy, forgiveness, admiration, love. The German philosopher, Friedrich Nietzsche, exhorted us to re-evaluate our morals â to not simply accept the morals handed down to us by our families, churches, governments, and pop songs. When we really examine the idea that we should focus on what we admire, and in the process, practice these big morals, we do ourselves a great service. 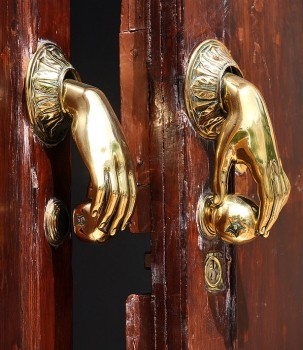 There is ugliness all around us. You can search it out, and you will certainly find it. Isnât it more gratifying to search out and take note of what you admire?

There is a time to stand up against something that isnât right. Iâm not saying that we should always smile and nod our heads. Great evils have been perpetrated in this world simply because no one spoke out when needed. But there is a difference between speaking up when something really wrong is happening, and making a habit of taking note of what we donât love.

There is a time to be critical. We donât want a world where everything is unicorn sparkles and Kumbaya. Not being critical doesnât mean that everything should be saccharine. But when an editor works through a manuscript, it is finite â it has boundaries. Our lives, on the other hand, are only delimited by the limits of our perception. There is a time to search out what is wrong or faulty in something â but if that is the way of our everyday life, we communicate wrongness in everything we do.

In dealing with employees or our families, if we focus on what is wrong, and what needs to be fixed, we are communicating the assumption of being broken. When people receive that message all of the time, they assume it as their story, and as the truth. We are all in the business of telling stories â and in telling our stories, we will not help our heroes fulfill their destinies by teaching them that they are fundamentally broken and need to be fixed.

Iâve recently taken a lot of plane trips. Each time Iâm in a plane taking off, first, Iâm still amazed that a huge container made out of metal can fly us at amazing speeds and heights to our destinations. Then, I am usually amazed at the sheer quantity of people down there: all of those little houses, and cars â such an incredible density of people all across the country.

Itâs easy to imagine that within all of this density that the behaviors of one individual could easily spread out to others.

My friend Liz Strauss says that we donât see the most important thing about Twitter â that itâs the LARGEST NETWORKING GROUP in the WORLD. We exist, in social media, in a density that is even greater than that of people living in New York City or Tokyo.

There has been a tendency in social media for people to get snarky, and critical. Someone says something stupid, we get angry or critical, and we spread that anger and criticality. Itâs as though we were walking down that street and making note of all the garbage and dog crap in our path. Weâre not seeing the beautiful door knobs.

Sometimes, you tell a child something, and you donât think theyâve heard you â then, a few days later, you hear them telling another child just what you were telling them. We never really know just how influential we are. Sometimes, we learn from people many years later that we were a powerful force in their life.

Author’s Bio: Ric Dragon is the founder and CEO of DragonSearch, a digital marketing agency with offices in Manhattan and Kingston, NY. Dragon is the author of the âDragonSearch Online Marketing Manualâ and âSocial Marketologyâ (McGraw Hill; June 2012), and has been a featured speaker at SMX East, Conversion Conf, CMS Expo, and BlogWorld, on the convergence of process, information architecture, SEO, and Social Media. You can find Ric on Twitter as @RicDragon.
Buy the Insider’s Guide to Online Conversation.