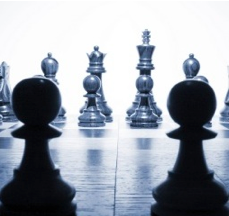 They fall into the trap of talking about things that have already been decided, or not talking when input is genuinely needed.

Problem 1. People donât speak up when they should

Executives donât know all the answers (even if they act like they do).

They rely on healthy debate from their team to get all the important information, opinions and concerns out on the table.
Without that, they canât make a good business decision.

But the other side of the story is that people often feel punished for speaking up.
When they try to give feedback to the executives they get shot down. It feels like their inputs are unwelcome.

If this happens often enough they stop even trying. Why bother if my ideas are never acted on, and I only get grief for speaking up?

I have seen management teams waste huge amounts of time by revisiting decisions over and over again, questioning the direction and circling back for more data.

When this happens, the organization is slow to engage because they perceive the continued discussion to mean that the direction is still in question. So they wait for the answer instead of moving forward. Or they continue to add to the conversation, raising even more issues or data to help inform the decision.

SInce the executives think the decision has already been made, they get really frustrated that people are slow to act, not engaged, and stalling forward progress with more questions, inputs and arguments.

One of the best tools I have used to fix this is a simple model of Debate Phase vs. Go Phase. I make it clear that for every initiative or decision, there is DEBATE time and there is GO time.

During debate time, I make it clear that I want to hear peopleâs opinions. I want to hear the arguments.Â I want everyone to fight forÂ their point of view.

Thatâs how I get the best and most complete information.

After debate time is over, I make it clear who owns the decision, and make sure the decision gets made.

Then I make it clear that we are in GO time.Â The decision is communicated and the action is officially kicked off. This is the time to engage in the work, not in the debate. The debate phase is over.

This simple frame and set of labels builds an atmosphere of higher trust because people can understand the rules of the game. They know when and how to participate without getting their head handed back to them.

You give them a chance to feel safe raising their opinions or arguing the point (which you need them to do) because by definition you are in debate phase.

By setting this structure, you can make it clear that during debate time, the expected and valued behavior is to speak up.

Then once you announce the decision has been made and make it clear that itâs GO time, people trust that you will stick to the decision, and that the expected and valued behavior is action, not more talking.

How do you get your team to decide and move forward?

—–
Patty Azzarello is an executive, author, speaker and CEO-advior. She works with executives where leadership and business challenges meet. Patty has held leadership roles in General Management, Marketing, Software Product Development and Sales, and has been successful in running large and small businesses. She writes at Patty Azzarello’s Business Leadership Blog. You’ll find her on Twitter as @PattyAzzarello. Also, check out her new book Rise…How to Be Really Successful at Work AND Like Your Life