Energy Inside or Out

Today in a telephone conversation with @PJMcGuire, we talked about how people see us and who we are. She mentioned that she had called herself a “people person,” and someone she works with said, “No, you’re more than that, you’re a traditional extrovert. You get your energy from other people.”

I’ve always found the differences between introverts and extroverts to be fascinating — mostly because each group seems to think that the other is flawed. Even those of us who don’t know or don’t understand the basic difference between the two groups seem to think that there is a right way to respond. Meaning another way must be wrong.

Introverts renew their energy by going inside themselves. When they’re bearing stress, they seek to be alone to find comfort and solve problems. Other people’s energy drains their reserve. Introverts are less likely to seek stimulation from others because their own thoughts and imagination are stimulating enough.

Extroverts refuel by being with other people. When the house falls in, they want to talk it out. Hearing themselves talk is how they solve problems. When they’re with other people they get recharged. Extraverts (also spelled extroverts) tend to be gregarious, assertive, and interested in seeking out excitement. 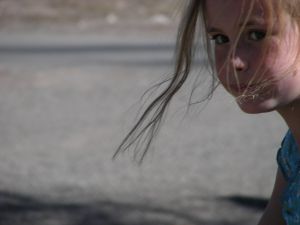 Are Introverts Becoming Extroverts on the Social Web?

Dr. Mike Wesch said, “The media mediates relationships.” As we lose context, we reach out for community. Research shows that younger generations are more extroverted.

It’s not fully understood why some people are introverts and others extroverts. The ratio is changing over time. CPP (formerly Consulting Psychologists Press) is the publisher of the Myers-Briggs assessment and has testing data going back 50 years. It plans to release research showing younger generations are becoming increasingly extroverted. Those born before 1964, including baby boomers, are split about 50-50 between introversion and extroversion, but 59% of Generation X (born 1965-81) are extroverted, as are 62% of Millennials (born after 1981). —Not all successful CEOs are extroverts

I interviewed bloggers daily for over a year. It became clear within a short time that the bloggers I spoke with overwhelmingly described themselves as independent introverts. That seemed to make sense then. Blogging is a writing task that requires reflection. Now I wonder whether that was then and the folks who chose to participate.

Now I see the changes in myself and some of those interviewees as I look across the web. It took me a long time to get to Twitter, but now … beware following me. I tweet a lot when I’m there.

Many of us have been slow to adopt Twitter then become very chatty as we get comfortable there.

People see me as an extrovert, but I’m not. I’ve heard the same from blogger friends. I understand why people think so. I look around and wonder … are the tools making us extroverts or just making us seem so? Are we introverts or have we become something different in this context?

Are introverts becoming extroverts on the social web?

Can we really think of it as being extroverted if we’re not actually WITH other people?

Is it possible for an introvert to become an extrovert — changing energy source from inside to out?