It’s Not the Equipment. It’s You

The garage is filled with racquetball rackets, tennis rackets, several bags of golf clubs, jump ropes, a dusty Bowflex machine, and stacks of exercise videos in formats ranging from Betamax to Blu-Ray. This is the debris of good intentions.

Is your hard drive full of unread PDFs, video training sessions, free eBooks, and email offers that you thought would help your business? Yup, mine too.

We need to clear the decks and make room for real progress. The only âequipmentâ you really need is your brain. So if those digital support systems are creating mental drag, hit delete. I promise youâll feel better.

In 2011, The Princeton Neuroscience Institute released a study that concluded (Iâm paraphrasing in English), âtoo much clutter in your visual field prevents you from focusing effectively.â

All of those unorganized files are like mental clutter. They are in your subconscious âto read somedayâ list, which grows every day. Eventually youâll be that guy who has 10 years worth of National Geographic magazines saved in the basement. Donât be that guy.

Do these three things today. It will allow you to start next week with a clear field of vision.

Hereâs your challenge: how many unread pieces of digital clutter can you delete today? Post your results here, if you dare.

Author’s Bio: Rosemary OâNeill is an insightful spirit who works for social strata — a top ten company to work for on the Internet . Check out the Social Strata blog. You can find Rosemary on Google+ and on Twitter as @rhogroupee

The biggest part of my business life takes place offline. For as much as I’m visible on Twitter and my blog, I’m most often on the phone or in offices listening and talking about how people think and respond in business situations — how we buy, how we create communities, how we rally to cause, and how we are moved by influences.

In those ongoing business conversations, people I work with and for sometimes bring up cases of negative social business behavior. I bring up a four points that we often lose sight of in such situations.

What to do about negative social business behavior?

Try the rule of fleas and mosquitoes.

What do we do with fleas and mosquitoes? When they keep their distance, we don’t even think about them. They’re irrelevant. When they bite us, we build environments where fleas and mosquitoes don’t thrive and flick them away on occasions we must. Then we get on with what makes our lives worth living, not bothering.

It’s easy to have a knee jerk reaction in a situation where many have tools to reach a few thousand people. So those fleas and mosquitoes, who choose to suck bits of blood for their own advantage can appear to be powerful. But only have the power that we give them. Be aware of what feeds them and remove it from your environment. Starve the fleas and mosquitoes of attention. Gratefully thank them for their wisdom and move on. The folks you want in your community don’t like fleas and mosquitoes either.

Focus your attention on giving food to what keeps you strong and protects you — the folks who already love you. Give the folks who love you even more attention. They’re the ones who deserve the explanations. Give them your commitment to continue doing what they already love about you. Let them know your trust won’t be bent or broken by voices who yell louder than they might. Invite them to be closer to you. Reward them. Celebrate them as heroes.

You’ll never go wrong by valuing the people who love you more than the fleas and mosquitoes.
Keep your head, your heart, and your adrenalin on the mission of the people who share your values.

Be irresistible.
–ME “Liz” Strauss
Work with Liz on your business!!

Don’t get me wrong. I’m a first grade teacher. I see Twitter as a 21st Century version of pencil and paper. I do believe that we can invent millions of ways to use paper and pencil. No rules are the right way to use it … draw, write, scribble, make circles over and over, be a poet, be a novelist, make a journal. Twitter is just as open and flexible.

I’ve never been one for rules.

About a week or so ago, on a Saturday, I was going through the people I follow on Twitter — people I’ve met at events, people I’ve talked to on Twitter, or people who follow me that I follow back. Over the course of a few hours, I reviewed 61000+ accounts to find those who were no longer active. I started by sorting out those who hadn’t tweeted for 90 days or longer. Then I started looking at their tweet counts — some tweeted less than once a day. That’s less than 365 tweets in a year!

As I was deleting the Twitter Quitters, I started thinking of people — some of them on TV — who say

or things like that. Which led me to think, they weren’t really ON Twitter, meaning some people leave Twitter before they figure out what all of the excitement is about. They never get the Twitter experience. And that happens because they approach thinking it’s supposed to be something different than conversation.

And at some point memories of Jeff Foxworthy’s litany of ways to tell “You’re a Redneck” popped in my head and I was suddenly channeling him and tweeting with the hashtag #yourenotreallyontwitter and some folks joined in.

And one for those who already know all of those –

Now of course if you have a Twitter account and a password that hasn’t been hacked by a phishing scam link you clicked in an AutoDM discussing the nasty things being said about you, you’re probably on Twitter.

What I hope is that you’re talking to folks, finding great content, learning things you wouldn’t find anywhere else, and building a neighborhood on the Internet that reflects you most uniquely and doing it just the way you find right.

But I hope you won’t be a Twitter Quitter until you find out what it could be about.

Every day, I’m immersed in social business. I spend as much time on my computer as some people spend in their shoes. I rarely talk about “social media” except with clients, because to me that’s like talking about “pencils.” I’d rather be using one than talking about what they do.

I use social media tools to work on SOBCon with @Starbucker, to build communities and brand visibility for clients, to write blog posts and to curate content for people with similar interests. Social tools are business development, customer service, marketing, pr, community building, change management, and leadership — all at the speed of the Internet.

So I guess you could say I work in social media. If that’s your reality, your goal, or even a possibility for you, I’d like to point out a few things about working in social media worth knowing. This is not a rant, simply a set of observations which are quite similar to the challenges of any communication-based, people-centered endeavor.

The purpose of this list is merely to share that most people who are in this new and quickly changing area of business are finding that the work often has more nuances and challenges than we expected.

The problem with working in social media is …

So there you have 27 things to know before you work in social media and here’s the one that makes those 27 worth it.

Inside each frustration is a chance to be a leader, to reach out and invite people to help build something we can’t build alone. The effort, the explaining, the energy can transform a a business by enlisting and celebrating customers, employees, vendors, partners who help it thrive. The first connection occurs when we show folks how these new tools make what they do faster, easier, more efficient, and more meaningful.

Soon enough, I hope we lose the term “social media” in the same way that we no longer have classes in “computer” or people who teach “email.” In the meantime, I tell my family that I write spy novels. It’s easier.

Bet you could add to this list. What do you think people need to know about working in social media?

What to Keep and What It Means Now 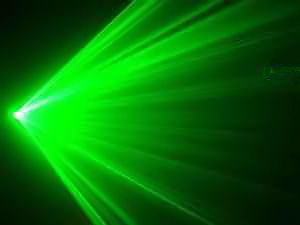 No wonder the social web has become such a revolution. Once a brick and mortar store could count on a limited number ideal customers and be required to offer products and services beyond their needs to less ideal customers just to survive. The freedom of the Internet offers us an opportunity to choose the exact ideal customer base we want to serve. We can hone and tailor our products and offers to reach out with intention, knowing that the world market has far more customers of that description than any single geographic location ever could.

It’s the beauty of direct mail with out the cost of the catalogs … without the long development time between offers and seasons.

What businesses do you see demonstrating that they understand the reach of Internet? Not many I bet.
How are you leveraging the opportunity that the social web represents?

Last December I had the lovely experience of hearing both Shel Israel and Erik Qualman speak at the Social Media Club Chicago event.

Shel co-wrote the book on social media, before it was called social media Naked Conversations. He also wrote the book that defines Twitter — Twitterville. His stories share the real time, real life experience of living on the social web as a brand and a human.

Erik wrote Socialnomics. He details how the social web has changed the way we live and do business. This presentation is one he uses when he speaks.

After the SOBCon2010 webinar this morning, I thought of how we’re all saying the same things in our own ways. It’s how we translate the tools into real, thriving relationships that move us all forward.

Look for the customers who understand the way YOU explain it and relate to them.