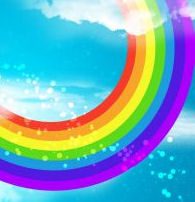 If you’re happy and you know it, thank your friendsâand their friends. And while you’re at it, their friends’ friends. But if you’re sad, hold the blame. Researchers from Harvard Medical School and the University of California, San Diego have found that “happiness” is not the result solely of a cloistered journey filled with individually tailored self-help techniques. Happiness is also a collective phenomenon that spreads through social networks like an emotional contagion.

The flip side, interestingly, is not the case: Sadness does not spread through social networks as robustly as happiness. Happiness appears to love company more so than misery.

“We’ve found that your emotional state may depend on the emotional experiences of people you don’t even know, who are two to three degrees removed from you,” says Harvard Medical School professor Nicholas Christakis, who, along with James Fowler from the University of California, San Diego co-authored this study. “And the effect isn’t just fleeting.”

For over two years now, Christakis and Fowler have been mining data from the Framingham Heart Study (an ongoing cardiovascular study begun in 1948), reconstructing the social fabric in which individuals are enmeshed and analyzing the relationship between social networks and health. The researchers uncovered a treasure trove of data from archived, handwritten administrative tracking sheets dating back to 1971. All family changes for each study participant, such as birth, marriage, death, and divorce, were recorded. In addition, participants had also listed contact information for their closest friends, coworkers, and neighbors. Coincidentally, many of these friends were also study participants. Focusing on 4,739 individuals, Christakis and Fowler observed over 50,000 social and family ties and analyzed the spread of happiness throughout this group.

But the real surprise came with indirect relationships. Again, while an individual becoming happy increases his friend’s chances, a friend of that friend experiences a nearly 10 percent chance of increased happiness, and a friend of *that* friend has a 5.6 percent increased chanceâa three-degree cascade.

For the rest of the story, visit Science Daily.

Thanks, and Keep STRONG!!
Vincent Wright
Image: sxc.hu
_______________
Vincent, you’re a happiness agent if I’ve ever seen one. Thank you for reminding us how this works.