Getting to the Heart of the Data 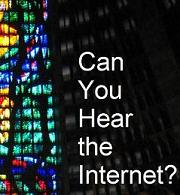 In a beautiful post tonight, Chris Brogan highlighted the value of listening. He pointed out how it’s too easy to

rush right into the â€œspeakingâ€ side of the toolbox without giving much thought to the â€œlisteningâ€ part.

and he offered his favorite tools for a company who wants to be “listening to their audience, their customers, their partners, and their detractors.”

I’m so with him. You can find the five tools Chris uses most for listening here.

Listening isn’t all data, all quantity and remarks. Listening is not a science, but an art that brings in human thought. Listening is the most important part of a conversation. Conversations are how communities begin.

Don’t let the tools draw lines around the way you hear.

I don’t. Brogan doesn’t either. Listen every way you know how.

What other ways do you use tools to listen to what people aren’t saying.

–ME “Liz” Strauss
Work with Liz!!
Check out Models and Masterminds too