The following article is written by our good friend Wendy Piersall.

Last year, my husband Dave left his 12 year career at Xerox to pursue his dream of starting a boat repair shop up by the Chain O’ Lakes. Since his background is corporate sales, his previous career was built on taking care of his customers’ every need, even if that meant helping a print shop meet it’s deadline on a Saturday afternoon. His customers were so loyal to him that some still call him for advice when they need to buy new machines.

It might have seemed a little insane for him to start a new business, in a new industry, with three kids and looming college tuition bills mere months away. I was… um… “skeptical”. Coming from the marketing & blogging world, I was thinking that once he got a name, a website, and started establishing his brand with some advertising, he could start fixing boats on the side for a few months to ramp things up before we let go of his income. I guess I was thinking small. Because before he had a name, website nor even a shop to rent, he was filling up our yard with boats to fix. I promptly lost the battle to hang onto his income. And he’s been growing consistently ever since, while established marinas all over the area have been closing down.

I had wanted to talk to you about how he pulled this off in this post. He only advertised on Craigslist and one single local online forum for boaters, and got listed on all the local directory sites such as Yelp, Yellow Pages and Yahoo & Google local. That’s it.

But I realized that there was a much more important story to tell – and it’s about how he as a sales person and I as a marketer approached starting a business so very differently. As if I don’t already sound a little foolish, I can unequivocally state that I underestimated him and the power of thinking like a salesperson. While I was designing pretty logos, contemplating my business mission, and choosing WordPress templates, he was literally out pounding the pavement introducing himself to local business owners and calling our boat-owning friends to ask for referrals.

Only now can I see I was allowing myself to get caught up in the formalities of starting a business, instead of focusing on what was most important of all: customers. In my world, sales come after I’ve been able to craft and hone my “marketing message”. In Dave’s world, marketing is something he does in his down time when he isn’t closing deals.

When I asked him his thoughts on what has made him successful, it was a list of things you would expect to hear: following up with leads, acting confident even when he didn’t feel it, asking for referrals, and finding an underserved niche in his field. But the starkest difference between he and I was how he approached communicating with his customers: Dave has no marketing message he relies on. He finds out what is important to his prospects before he ever pitches a thing.

In short, he listens before he speaks.

And before you say to yourself, “Well DUH,” let me remind you that I’ve built 4 successful businesses in my lifetime, and I’m starting again on my fifth. The reason I forgot something so easy and so basic is just that: I dismissed it as easy and basic. And you might hear things at SOBCon that sound easy and basic – but please don’t make the same mistake that I did. The presenters at this event are freaking brilliant. If they bring up something ‘basic’, it might just be the most important thing you hear all weekend.

Wendy Piersall and I were talking this morning. Our conversation centered around this point.

A blog is a blog. A business is a business.

A blog isn’t a business any more than a building is a company. We can work our hearts out in the name of our blogs — reading feeds, writing posts, commenting, and social networking — but without a plan, those things won’t get us what we need to pay the rent.

I like having conversations about business with Wendy because she “gets” it. She knows that a blog can make money, but a business with a future requires a plan. Once Once Wendy decided that she was going to have a business, a business is what she built.

Wendy Wouldn’t Wait. Will You?

Wendy Piersall was invested in having a business. She wouldn’t wait for someone else to show her how. She made it was her job to research and do the work that needed to be done. She didn’t wait until every star was aligned. She aligned them for herself.

“I saw it as investing.” Wendy said. “I carefully choose what would move my business forward, then I went after the resources to make those things happen.” She scrimped to find time and money. “Do it that way, put your work and money down, and I assure you, you’ll make sure that your investments pay off.”

Wendy made a plan, found the best models, put together a mastermind team for support and went about building a business. Have you paid attention to how far Wendy has come?

This is Wendy’s blog last year. 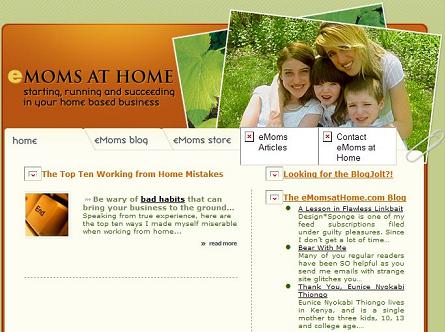 This is Wendy’s BUSINESS now. By SOBCon08 it will have expanded further. 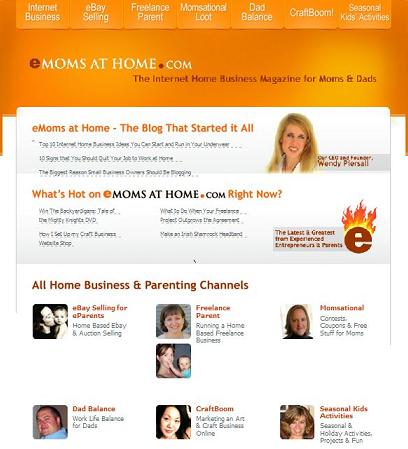 Wendy wasn’t flush with cash, time, or teachers. She wasn’t waiting for the future. She was ready to make a business. It took her less than a year.

I asked her what was the most important part. She said, “A blog is not a business. Business is a serious leap. You have to be ready to take it on.”

Wendy’s formula for success is familiar — Models, Mastermind Support, and a Plan.

Wendy has agreed to speak at SOBCon08.

What are you doing to build the business of your dreams now?

–ME “Liz” Strauss
Work with Liz!! Models, Masterminds, and an Actionable Plan — SOBCon08 is May 2,3,4 in Chicago. Register now!
Steal this badge:

When Wendy and I had a great conversation not long ago about mastermind groups. She’s been in groups for different purposes and of different configurations. So when I wanted someone to explain the concept is was Wendy I asked to do me the favor. She graciously said she would.

Get the Most Out of Your Network with a Mastermind Group

I have a close circle of friends here in Chicago that have known me for several years – whenever we get together they like to take credit for eMoms at Home, even though they have never worked for me. I actually totally agree with them – the reason is because this group of friends was my Mastermind Group when I was first started my business.

I wholeheartedly advocate being in Mastermind Groups, and I’ll go so far as to say that yes, eMoms at Home wouldn’t be what it is today if it weren’t for the groups I have learned from along the way.

So What Exactly is a Mastermind Group?

Although Mastermind Groups can take a variety of forms, most function as basically a group that co-mentors each other. Participants will always get the most out of a mastermind group when they put a lot into the mastermind group. I currently participate in a weekly call with Dawud Miracle, Char Polanosky, Edward Mills, Gayla McCord, and Easton Ellsworth. We set up the group with the following ‘ground rules’:

We’ve been conducting our conference calls for about 9 months or so – I think the reason it has worked so well (and continues to work) is because:

I think that last point is really key – we give a lot of ourselves in our calls. I’ve participated in very expensive paid mastermind groups that weren’t half as valuable as this group of friends. I really believe it was because everyone paid money and came to the group expecting to get something, rather than coming together to give to each other.

So, How do I Start a Mastermind Group?

Finding a committed group of individuals isn’t easy, but it’s not hard, either. A few tips:

The blogosphere is a very close community, and filled with some of the most talented and brilliant people I have ever met. I’ve learned a ton from reading all of your blogs – and I’ve learned just as much when I’ve thrown my heart and soul into writing a post that teaches. Great Mastermind Groups work because we teach best what we most need to learn.
—
Wendy Piersall is the Chief eMom at eMoms at Home the business blog network for moms and dads who balance business and life at home beautifully.

The fabulous Blogging for Business Conference in Salt Lake City last week was like the living web in the real world in real time. Turn the comment box into a conference room and the same exchange of information and relationships was happening with the same dynamic engagement.

Kudos to Jason Alba and Matthew Reinbold for a conference that provided a schedule of top-notch speakers from the morning keynote by Wendy Piersall through the afternoon keynote by Gary Goldhammer to the last session by Tim Stay — all were exceptional opportunities to interact and learn. Lindsey Pollack, who spoke on GenY, explained my son to me . . . now I am wise. The attendees were equally as stellar. I got to meet Hal Halladay, Jordan McCollum and Kelly Anderson. Kelly showed Wendy and I around SLC. What royal company she is!

AND I MET LINDSEY POLLAK!!! She has a smile and brain that don’t quit!!

All in all, that Blogging for Business conference showed Utah and all of us what a conference should be like. [Yes, Jason, the title of this post is an effort to hijack your names. grin]

Steve Broback and Teresa Valdez Klein, the power behind Blog Business Summit, have pulled out the stops to make this year’s event shiny and new. It’s got the foundational values that has made past summits memorable, and more and deeper thoughts on revenues, metrics, customers, communities, bloggers, corporate blogging, entrepreneurial blogging, — the direction blogging is headed. Whew!

It’s hard to find a topic that’s not well represented by this group of speakers. Click on the names to find out about their sessions.

Quite a list don’t you think?
Go on over to check it out.

You may have noticed a badge in the sidebar. It says in big letters I’m speaking at BlogHer. Wendy Piersall and I are on a panel with Colette Ellis and Elizabeth Perry. The panel will discuss all facets of mentoring, including ways that friends like Wendy and I act as mentors for each other.

If you’re not going to be at the conference, and I would guess that is most of you, you might notice I’m not around as often to answer your comments on Thursday, Friday, and Saturday, July 26-29. Don’t worry. I’ll be doing my best to get here, but I could be far removed from my computer.

I hope you’ll feel at home — look at the header, the name of this blog says you should. Please enjoy each other and the conversation while I’m gone.

Remember, there’s always plenty of free beverages and snacks in the sidebar.

If you are going to be at BlogHer, I hope you’ll look for this tall, blonde blogger. I look like the person up there in the picture.

I’d love to meet you. That would be so cool.

–ME “Liz” Strauss
Work with Liz!! Liz can unstick you to help make your business sticky.