A True Story Can Be a Parable

Our neighborhood was the greatest space. It offered football-field-sized back yard, a huge (never filled) lot great for running down. It rolled all the way to the tree lined river bank. The river behind was an inlet, the dead end of a branching off. The our front streets were clean and wide without much traffic. The houses were occupied by quiet people with big kids who had already used what was around each of them every day. Now they went on dates and went to college.

The grown ups probably always had been too busy working to get to know each other.

But by the time I came along. the neighborhood wasn’t much more than a huge space that people came to eat and sleep.

His name was Craig. I met him when he ran across the street the day that he moved in. He was wiry, smiling, energy. I was long, curious, sincerity. He was a smarter Charlie Brown. I was a nicer Lucy.

The big kids totally ignored us. But as it was we didn’t have time to find things boring.
We called it “going exploring.” We rolled down hills, walked river banks, climbed rocks, learned to skip a stone the hard way. We laid back under trees and talked about the shapes the leaves would make. We heard the lectures about grass stains.

We watched my younger, older brother cut the huge backyard in the shape of baseball diamond. I spent my birthday money knowing we’d play with what I brought home. We got generous (and in trouble) picking Rose’s peonies for our mothers. We didn’t know weren’t supposed to. Still Rose and Elmer still gave us pinwheel cookies when we cut through their yard.

And we got a little cranky, our moms would send us outside with two lawn chairs, some KoolAid, our lunch, and tell us to play the Traffic Game. We might have seen about 10 cars an hour. 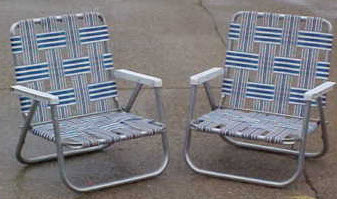 The rules to the Traffic Game were simple …

We’d always start, but we never knew who won the game — it’s hard to have fun when you’re playing a game someone else made up..

We would do so many other fun things. We’d start with conversation — like the grownups had the kitchen table. That was while we got our lunch out of the way. We made up sci-fi stories about the people in the cars. We wondered how my school had letter grades when his school didn’t have report cards?

When lunch was officially over, we would use Craig’s magnifying glass to burn holes in the paper towel that had wrapped our sandwiches.

One day, we held auditions for a circus act. We held that magnifying glass to light a path for each fat black ant on the sidewalk — you might note fat black ants don’t have the right discipline to be in a circus.

In the middle of this serious auditioning, another kid ran up with a butterscotch cocker spaniel at his heels. He wanted to know what we were doing.

He said his name was Scotty. He lived in the house next door to Craig and his birthday was two days and two years after mine. We started showing him around. A few months later another family moved in, the three of us showed them the best way to attack the sledding hill and where to sit when you put your ice skates on by the river.

And in the spring, the six McGuire girls came — in time to see yard where the Tulip lady has tulips of every color and a windmill. It was a bike ride so close their parents wouldn’t mind. We learned the Dutch words for “Will you put on those wooden shoes by the door?”

By the time that Craig was 7 and I was 8, we had a community. We put on the best carnivals. Our parents paid to attend them. Our big brothers brought their big friends, including the girls — the ones they liked a lot. By then we’d sit our moms in chairs like this to watch the plays that we put on. 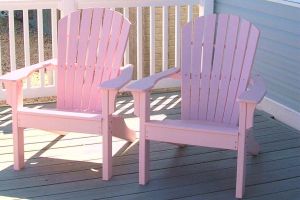 By the next summer the whole neighborhood was watching fireworks on lawn chairs and blankets in the huge backyard down by the river. Craig and I were trying to figure out who might star in our next community show.

How does this align your ideas of how communities are and how they grow?