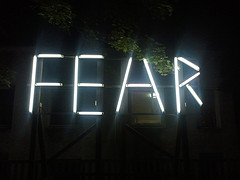 This is part two of a two-part series on how to get the client focused on the relationship, not the costs they incur working with you. In the first installment, I discussed how we can calm the fearful and financially strained Mom & Pop by offering them guarantees. Promising struggling small business owners that you’ll share the risk is one of the best ways to demonstrate your investment in doing the job right, not just collecting some quick cash. In part two below, I turn our attentions toward specifically how we can discuss money so that money is no longer discussed. Sounds like a riddle, but I assure you it’s not. So let’s get started.

I understand that the guarantee is among the best ways to return the risk the customer takes in hiring you and I love the idea of shouldering the burden of proof. But that is only one reason I make guarantees. The other is that I want to help. I really do and nothing says so louder than making promises that remove financial risks and potential losses from the bargaining table. See, I’m not preoccupied with the money part of the sales progression and it’s made all the difference. Yes, I need money too, but I only want it from people who were happy with the way I earned it. Everything else feels like stealing. I want to be paid because we agree that I nailed the thing. The fees I’m asking are the reward I’ve earned for adding value to your business endeavors. If my earnings aren’t my reward for doing great work, well then again it just ends up feeling like I got away with something.

The relationship is the reward.

When a customer asks me, ‘Scott, what do you think?’ or ‘Scott, which direction should we head?’ I get pumped. I mean I get crazy excited. Now we’re building something before we’ve even begun building the thing you want built. We’re building that relationship baby! Killer! When you put things in my hands, you’re telling me that you want me to prove it now, earn your trust, your confidence and oh yeah, that’s the reward!

If your clients are anything like mine, they’re asking for your expertise because they don’t possess it themselves. Ever been frightened by something you did not understand? OK then. That’s how your prospects often feel: scared. They’re afraid you’re going to trick them, cheat them, screw them. My pitches are often attended by prospects concerned about wasting money on me and I’m equally concerned that I won’t form the beginnings of a trusting bond if we keep discussing money. Consequently, when this happens I attack the topic by promising to give them back their money if they’re unhappy with the results I’ve produce. Simple right? It works almost every time too. Worried about spending your money on me? Super! I’ll give it back if you’re not happy with how I earned it. Next topic. And off we go.
Defuse with candor.

When the elephant in the room is money, seize the opportunity to demonstrate with meaning how confident you are that your customer made a smart decision choosing you. Don’t allow the customer to dangle their cost fears in front of you as if your fees are a stumbling block they’re justified in bring up. Assuming your fees are sensible to begin with, they’re not a just cause to kill the deal at all. Take back control of the room by offering an out that relieves them of the very risk they’re making such a contentious talking point. Assume the risk and you can return your collective attention to what really matters, getting that relationship a’ budding. Oh yeah! That’s the stuff!

How do you help your nervous clients work with you to grow the relationship? How do you relax them when they liken you to a drill-wielding dentist hovering over them like an opportunistic vulture?

—–
This is the second in a two-part series.