PAST: A Brief History of Social Media

Social Media Marketing budgets are on the rise.
In 2008, I had a conversation at BlogWorldExpo with Lorelle VanFossen aka @LorelleonWP about the future of social media adoption by corporations. The basis for the conversation was my experience with the Whole Language movement — a holistic approach to interaction around information that had moved through the field of education.

The prediction I was drawing focused on four key stages that occur when a social meme moves from “first believers” to the mainstream.

Stage 1: The Community Culture and Vision Begins. Individuals come to the community through curiosity and contact with a believer. They are like-minded thinkers who see the vision, adopt the culture, join the community — they want to wear the t-shirt. They learn tools with deep interest in how and why the tools work to support the vision of the community. They learn the process, etiquette, rituals, and traditions with respect for the people who teach them as they align their goals and values and become part of the vision.

As the follower population grows, the meme moves outward from the “first believers” like rings around a stone dropped in the water. 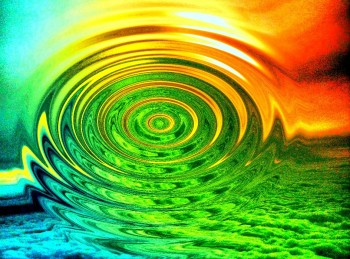 Stage 2: Quiet Revolution Moves Outward. The ideas move out like the rings from a rock dropped into water. Spreading wider, but with less power. The new believers share their passion faster than they can learn the depths of the vision. They tell their friends how cool it is to be part of something important. Each generation further from the center gets less depth of the original vision, culture, and community. They get the vocabulary, the tools, the rules, but not the reasoning.

Stage 3: A Demographic Emerges. A critical point occurs at which the vision, culture, and community gathers a large enough following that it has become an identifiable demographic. Thatâs not a good or a bad thing. It’s what built great religions, great art movements, great style in architecture and fashion. It’s also what brought us Muzak, bad television, and spam.

Stage 4: Business Objectives Disrupt the Community Culture. Business establishes a reason to participate. But business comes as an entity not as individuals. They have their own vision, culture, and community. They don’t want to wear the t-shirt; they want to market to the people who do. They pick up the tools and visit the venues without changing their thinking. They will also bring organization and money. All of these will change and affect the original culture.

What dies or survives?

In her book, RenGen, Renaissance Generation, the Rise of the Cultural Consumer and What It Means to Your Business, Patricia Martin demonstrates how throughout history every rebirth of a culture is preceded by a death — the fall of Rome, the Dark Ages, the kind of changes we face today.

In a world poisoned by a century of progress at any price, it is easy to look around and believe we are in a free fall. But civilizations have cycles. The twilight moment right before one civilization ends and another emerges is often driven by cultural clashes, religious wars, polarizing viewpoints and overreaching rulers. Look around you. What you see marks the end of the end ? but also the beginning of the beginning. — RenGen

Death and rebirth? Yes.
In 2007 – 2011, when the community culture met and mixed with the corporation, neither came away unchanged.

In 3 short years, from a mildly polarized blogosphere of hobby bloggers and business bloggers emerged a group that became the social businesss-phere. An entrepreneurial and freelance culture began testing new business models where there were none. Three sorts showed up: blogging gold rushers, business pioneers, and those who watched. The evolution raced and the learning curve raised as the floor fell out under the economy. Business pioneers started playing for keeps.

At a slower, but still noticeable pace, the corporations realized the loss of their business models. Print publishing took it especially hard, responding in ways that looked a lot like Elizabeth Kubler Ross’s Five Stages of Grief — Denial, Anger, Bargaining, Depression, and Acceptance. Print publishing’s use of the term “citizen journalist” is good example. It changed from at first patronizing,, to an attempt to control and spin things, followed by public conversation by old media on how they should respond to new media, on to writing negative comments on blogs using false names, until finally they saw their advertising profits flowing out the door like so much ink on the pressroom floor — which led to sales of properties, layoffs, and new social media teams playing catch up.

So what’s working and what will be next?

The Future in a One Sentence Test

Leaders want to build something they can’t build alone.

Social media doesn’t grow a business. Strategy and service does. Great and growing companies know what business they’re in and how to take care of the people who help their business grow. Facts are that … social tools are important in the way that computers, telephones, and pencils are, but business grows the way it always did.

I say this often. I’ll say it again …

In any sentence that uses the term “social media, you should be able take out that term and replace it with “telephone,” and the sentence should still make sense.

If you want to predict where social media implementation is going in the next two years, do the sentence test. After all, there was a time once, when cutting edge businesses had only one person who had a telephone. Here’s a brief discription about the telephone as a disruptive business tool.

–ME “Liz” Strauss
Work with Liz!!
Buy the Insider’s Guide. Learn how to write so that the Internet talks back!