how we make things work.

We finish a day’s work exhausted, burnt out, bone tired. If we were asked to keep going, it would be a stretch — nor a healthy thing. Do we go home to rest? Do we take a nap, rejuvenate and refuel? No, most of us don’t. An hour or two later, you’ll find us out dancing, playing ball, or at the gym lifting weights.

Many of the sports and activities that we do for fun require more physical and mental energy than what we need to invest to get through a work day. Yet, they don’t wear us out nearly as much, and in some cases, they pick us back up.

How is that? It’s no surprise that it has to do with how we think about work.

The Game of Life
Years ago, Charles A. Coonradt tested his idea by turning work tasks into measurable self-competing contests — games that could be won. Folks were asked to weigh the paper they filed every day. Within 3 weeks, a department that had overdue filing for 3 years was ahead and found itself with 3 hours extra each day. The people in the department asked for more work — new work — that they could measure that way. [He called his book, The Game of Work.] 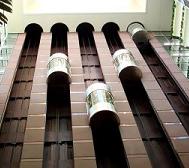 Sometimes I use this technique to get myself to conquer tasks I’m not fond of doing. Today I’m wondering what life would be like if I took the same approach to everything I do?

Have you thought about that? What problem would be easier if you thought of it as one more level, challenge, quest, in the game of life?

I must have been as small as 8 years old, when I heard that old, philosophical question,

If a tree falls in a forest and no one is around to hear is there a sound?

Even then, even now, from the first time I heard that question, my response wasn’t what it was meant to be. Rather than imagining the sound, I was immediately in the forest with that falling tree.

I watched the tree fall. I heard the sound. I thought of myself falling down. I was 8 years old. I wondered.

If I saw a tree fall in a forest and no one was around for me to tell, did it really happen?

Most of my life, some things weren’t real unless I had someone to tell. In some way, describing an event was like making sure someone heard the sound of the falling tree. It was proof I existed. It meant I wasn’t alone.

It took precious time to retell my life.

I still do it now, but not to prove I am real. Now I’m there the first time around instead.

Now when a tree falls in the forest, I’m singing about the sound of being alive.

Cell phones and computers aren’t as fun as . . . 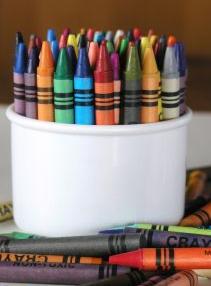 If we’re working
for a living, aren’t we
supposed to be

Life is supposed to be

I’m not confused about this one.
Sometimes we’re supposed to be

I’m sure about that.
–ME “Liz” Strauss
Check out the Work with Liz!! page in the sidebar.

about games — pente, mahjong, chess. Cultures world over and through time have made games from stones, bones, and sticks. In the first grade classes I taught, we played ancient games and talked about how they worked. Games enjoy a rich history of offering thinking and problem solving as a form of deep and satisfying pastime and entertainment between people who share a relationship.

Of course, the commercial board game — slick, colorful, and packaged — that I played with my six cousins weren’t so . . . um. . . so meaningful. Deep down inside some were quite shallow, and they broke easily. Some were lame, and some were just plain boring.

The first thng we did when we played was go over the rules — rules. We would find the Instructions — instructions. The first item was always the Object of the Game. Even the “little kids — Nancy and Paul” figured out that’s how to know who won. We got that settled right out of the box even before we argued who’s turn it was to go first. I was long past having the rights of “company” in their house. I was a relative. (Company always goes first.)

I’m a Boomer. We grew up in a board game culture. It affected us. I see it still.

What I see, might surprise some, is that few of us care about the “Object of the Game.” As I look back, I wonder how many of us ever did. I notice so many ways of approaching life the same way we did those board games when we were kids.

Some folks play to win. They buy and sell companies. They live in a world of properties on a Monopoly board — people who work in those properties aren’t figured in.

Some folks decide early that they’ve lost. They give up, almost before they start. If they quit, they never lost.

Me? I’m the youngest by a lot of years. Maybe that’s why I never cared about winning. Maybe my gene pool is just wired that way. My outlook was more about the people who were playing alongside me. Big surprise there, I know.

I still feel that way.

If I get too far ahead, I slow down, because I don’t want things to be over too soon. For me, it’s about walking down the street side by side — it’s a road trip in between turns — not who is first to walk to the corner shop.

Sure, I like to do well, but I like to do good even more. Most of all, I care about doing things that are meaningful. Meaning is so much more when other people, by their existence, make the object of the game unimportant in comparison.

For me, it was about playing — not “how you play the game,” but actually playing. You know, having fun, enjoying the folks that were there, laughing, being who we are, and getting out from under the stuff.

Laughter is good for the brain and the soul.

It’s cool to win the day, to win a heart, to win that proposal that we’re passionately working toward . . . it’s also great to lose self-consciousness, to lose myself in a moment, to get lost in a discussion of deep and heartfelt thoughts . . .

Playing doesn’t take nearly as much imagination as trying to be grownup.

The object of life is to be alive.

That’s my agenda. This weekend, I’m gonna give it a shot.