The theme for SOBCon last weekend in Chicago was the Return on Investment (ROI) of Relationships. As we learned from KD Paine’s presentation there are many ways to measure ROI, and in a successful business model that is the goal – to measure output in relation to input. It’s a difficult issue because, first, there has to be a clear definition of relationship and then what does the return actually mean? Are we dealing with dollar and cents as our measure or are we calculating visits to a website as our return? The answer to the question is situation specific and, having said that, I can really only talk about my ROI as it pertains to my weekend in Chicago.

I must admit I was very nervous about going to the conference. Although I have made lots of great connections online I am new to this and attending a “biz school” for bloggers was a little daunting. My take aways:

– Meeting people face-to-face strengthened relationships and took them to a new level of trust and support. And oh how we laughed!
-I learned things about the business of blogging: how to make money, practical skills, new techniques, and of many new services out there.
– I learned that having a lot of connections, investing in relationships with many different people from many different backgrounds and areas of interest’s leads to an incredible arsenal of resources. Putting these people in a room together created energy you could actually feel and almost see.
– I made connections, which will lead to future projects that may provide
employment.
–  Days later I learned that the best take away was the feeling of being revitalized and knowing of all the support available in the SOB community.
– I learned that the conversation generated by the presenters, as with Brian Clark’s presentation, was even more valuable than the presentation itself. 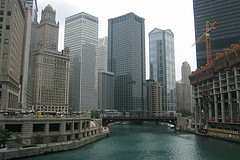 I measured my ROI and am extremely happy with my return. The most valuable item? Definitely conversation. In the end isn’t that what we’re all trying to create?  A conversation around our post, service, blog, product, idea, or self? ?

from: Kathryn Jennex aka northernchick

When I think of my favorite neighborhood bar, I can’t separate it from the folks who are always there. Over time the people grow and change. Some days all one bartender can talk about is his camera. Other days all he can think of is sports. That’s who he is. That’s part of what makes him interesting.

We have personal jokes. He knows some of what I like. I can tune in. I can have my beverage and hardly talk to him at all. There was a time when he was not a happy guy. He’s a friend. You ride it out. Everyone has phases. . . .

It’s a well-known fact that I think of my blog as my father thought of his saloon. But in one way it can’t be the same. Saloons don’t have RSS feeds.

What difference does that make?

When I change focus for a while — you might do it too, or you might not, but we know I always will — readers can decide the new direction is not their “beverage of choice.” That’s cool. That’s only right. I do the same thing — with the blogs I read, not with the people in my life.

In life when my friends shift gears, I often come back to see what they’re doing later. Most often what I find is that we have plenty in common still. Yet when a blog has changed direction, it’s felt more permanent. I hardly ever go back. I’m rethinking that today.

Over the next week or two, I’m going to check in on blogs I used to read. It will be like visiting the old neighborhood bar to see who’s still there. I’m looking forward to it.

I think I might find some nice surprises. What do you think? What’s your experience? Do you ever go back to the old neighborhood?

If you get to know Chicago, you’ll understand why I like it so–despite the winters. It’s the American midwest work ethic, the reason Chicago is called the City of Big Shoulders, the City that Works. It’s the people and the midwest sense of humor.

It was Sunday. I stopped by a neighborhood bar, picked up a free newspaper from the stack by the door. I ordered a glass of wine and asked for a hamburger with pickle, onion, ketchup, and mustard. Then I scan the headlines.

– America’s Finest News Source. A great friend to have along with a glass of wine and a hamburger on a Sunday afternoon in Chicago.

I know that you can find this free paper in other cities–it’s even online–but it’s in every neighborhood bar, bookstore, and coffee shop in downtown Chicago. We think of it as our own. Maybe it’s an onion-connection thing. Historians say the word, Chicago, means stinking onion.

The Onion is not only America’s Finest New’s Source . . . per their trademark. According to their media kit, they are also hailed by the New Yorker as “The Funniest Publication in the United States.” “A Message from The Corporate Office” attributed to “the esteemed Captain of Commerce” promises that

. . . Every one of our readers is firmly ensconced within the plum 18-49 demographic . . . we went so far as to lobby the halls of Congress . . . to make reading The Onion mandatory for this group . . . Thankfully the law passed in 1997, forever ensuring that our readers are highly paid easily persuadable young folk with money to burn. . . .

Now there’s brand-centered promotion that knows its goal and communicates its big idea–crisp, clear, sweet. It’s what I call Frosted Mini-Wheats promotion. It satisfies my adult sophisticated sense of humor and my kid-like sense of fun at the same time.

If you’re not familiar with this news source, it’s a perfect thing to try this day after April Fool’s Day, when we’ve just changed the clocks to lose an hour of sleep.

Now that’s a brand that lives up to its promise.