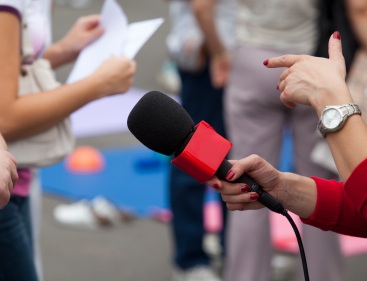 One of the CEOâs I am working with on a business transformation said to me about one of his managers, âNo, he wonât actually help solve the problem, he is more of a reporter.â

Think about your behaviors.

Are you at any risk of being a reporter?

Do you often highlight things that arenât working?
Do you study things and point out what is wrong?
Do you regularly play devilâs advocate?

I always talk about the importance of adding value to the business.

When it comes to reporting trouble, many people confuse what adding value actually means. They think that identifying and exposing problems is adding value. Or that doing analysis and providing insightful commentary about what is broken is adding value.

So, you may be thinkingâ¦but you have to identify problems if you want to solve them. Or you need to know about issues if you want to fix them. Surely the person who raises these issues is adding value because the business âneeds to knowâ.

The big, BIG difference for adding value is between talking and doing.

It is the difference between describing the current state or moving something forward. â¦Between exposing a problem and fixing it, or at least proposing a solution.

Do you have reporters on your team?

You can find them â talking.

Sounding smart, playing devils advocate. Raising important issues. Figuring out what is wrong. Telling people about it.??Do you have solvers on your team?

The solvers are the ones that show up and say, nervously, âI hope itâs OK, but I did this.â

Or, âI found this nasty issue, but here is what I have done to resolve part of it. Can I get your thoughts on these two options to fix the rest of it?â

When solvers run into an impossible problem they say to themselves, âMan this is screwed up, what is the first thing I am going to fix? What will I propose that will move us forward?â

The reporter is the one that gets to âMan, this is screwed upâ, and thinks âI have to come up with the most compelling way to communicate how big of a problem this is so that people will get sufficiently worried about it, and I will get credit for exposing it.â

Reporting vs. Solving â the behaviors

Example: An organization that is chronically late delivering.

The reporter might analyze root causes and talk about lack of definition, poor test plans, poor communication, lack of accountability. All may indeed be real issues, but the reporter will expect someone else to lead and to act.

The solver will think through what actions might actually help. Even if it wonât solve the whole problem, they will endeavor to at least move something forward.

In the case of something like chronic late delivery a solver might say, âI am going to create a sign-off document that defines what finished looks like. This will help all of us clarify what specific actions must be completed to reach the deadline. It might not solve the whole problem, but it will make things better and we will learn something by doing it.

If an organization is not selling strategically enough, a reporter might present information about background and revenue and current sales skills, and recommend kicking off further study.

A solver will find someone in another organization inside or outside the company who is an expert and learn from them. They will experiment. They will try a new sales process. They will tune it until they hit on what succeeds. They will propose specific changes to share the learning.

What is your proposal?

You want to send a clear message that being a reporter is not good enough.

In every organization I have ever led or consulted with, I have found that merely responding to every single news report with the question, âWhat is your proposal?â goes a long way to solving this. Consistently doing this changes the culture and separates the solvers from the reporters.

The people who get annoyed by this and say things like, âI just thought it was important to make you aware of thisâ, (by the way, even typing this makes me cringe â I can still picture the specific people who regularly said this to me).

These people will never be significant contributors to the success of the business.

What do you think?

—–
Patty Azzarello is an executive, author, speaker and CEO-advisor. She works with executives where leadership and business challenges meet. Patty has held leadership roles in General Management, Marketing, Software Product Development and Sales, and has been successful in running large and small businesses. She writes at Patty Azzarello’s Business Leadership Blog. You’ll find her on Twitter as @PattyAzzarello. Also, check out her new book Rise… 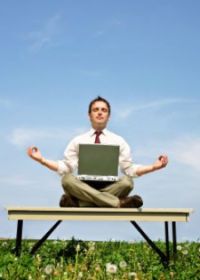 How well do you delegate?

Most people inherently know that they should delegate more, and delegate better, but one big obstacle keeps them from doing itâ¦

It will be better if I do it myself.

It it doesnât come out right, the uncomfortable question this raises is – did this person fail to do a good job because:

You don’t need to get comfortable with worry!

The real secret of successful delegating is not to learn how to deal with the emotional discomfort of letting go, and learning to live with being worried about the outcome, or accepting bad outcomesâ¦

Itâs about preventing reasons to worry

Your job is to delegate, let go, NOT micromanageâ¦ AND create structure, support and processes so you ensure that it is going to get done right.
You donât deal with the worrying, you ensure itâs not necessary.

Ways to build comfort and insurance into the project

1. Let the person create the timeline, define the deliverables and how you will measure them.Â  The encouragement and trust goes a long way, and you either get the pleasant surprise of a better plan than you would have come up with, or you get an early warning that this person needs more support.

2. Tighten the Outcomes.Â  If you are concerned that the person is not capable enough to run with the project, Instead of a 6 month outcome, discuss outcomes that occur every two weeks.

3. Focus on the outcome, not the activity. No two humans will do a task exactly the same way.Â  If they deliver the outcome, it shouldnât matter how they do it.Â  Let them worry about how and what.Â  You worry about WHY, and what needs to be true when it is done.

5. Third party reviews. Get yourself out of the position of always being the one to judge whether a deliverable is good enough or not.Â  Get the actual consumers of the deliverable to review and provide feedback.Â  Your employees will learn far more this way.

6. Donât forget to inspect and measure things along the way.Â  If you set up a timeline with review steps along the way, you must follow up.Â  A great deal of your comfort comes from the fact that people take you seriously and actually do the committed work.Â  A long time mentor of mine always put it âYou get what you INspect, not what you EXpectâ.

7. Teach. When you are delegating things you are personally good at, always think of delegating as a teaching opportunity. If you need to sometimes jump down and do the work yourself, make sure someone is watching and learning.

You need to delegate effectively if you want to get anything significant done, get anywhere in your career, and save yourself from an un-doable workload.

If you are either doing the work yourself, or worried about the work not getting done, you need to change your strategy.

You can delegate and feel comfortable that the work is getting done as long as you do the higher level work of setting up the systems, processes and measures that ensure the right things are happening along the way.

What has worked for you?

Please share your ideas about how you got better (and more comfortable) with delegating. Let’s discuss in the comment box below!
—–
Patty Azzarello is an executive, author, speaker and CEO-advior. She works with executives where leadership and business challenges meet. Patty has held leadership roles in General Management, Marketing, Software Product Development and Sales, and has been successful in running large and small businesses. She writes at Patty Azzarello’s Business Leadership Blog. You’ll find her on Twitter as @PattyAzzarello