Both the ‘blog’ and the ‘guitar’ are similar in many ways. However, it is important to point out that the ‘blog,’ in the sense of ‘advertisement’ posts or splogs are not the type of blogs I am referring to. The same holds true for the guitar. A guitar you got a for Christmas, and is still in the case is not the ‘guitar playing’ I am referring to – or if you simply happen to own a guitar.

I am pointing out that these 2 crafts (as I see them) are only comparable, inasmuch as the person (and I stress person) works, cultivates, nurtures, hones, errs, loves, promotes the blog and / or the guitar.

Take Seth Godin, for example. He has a blog and has written over 2500 posts (in a row!!!) and has a well-maintained, beautifully written, insightful, and quite an enjoyable blog – let’s not forget he also has an enormous readership.

Then take the band Widespread Panic. They have been playing music together and in front of audiences since 1986, and have amassed a cult-like, Grateful Dead-esque following. They have never, by choice, had a hit single or a number one hit – by choice. They even turned down a gig opening for the Rolling Stones because they (the band) felt that it wouldn’t be fair to their fans. Fans of Widespread Panic enjoy long jams and 3 hour shows.

One most first be drawn to the crafts for the right reasons – one of them is not money. In order to blog successfully (which could mean many different things), one must do it for the right reasons. (i.e. something to say, a cause, a message, a desire to connect to people and to connect people, or maybe just because one likes to write).

The first comparison I would allude to would be neither offer what the ‘knowledge workers’ understand to be a direct path to monetization.

For the Understanding, Appreciation, Motion

The second comparison I would draw is both require a tremendous amount of studying other blogger’s or guitarist’s works. This doesn’t mean plagiarism or blatantly ripping off licks and melodies, but it does require a deeper understanding of composition – whether it is in the form of melodies, notes and rhythms, or HTML code, paragraph structures and the assembling of jpegs, gifs, png files in a 3 column layout composite.

The third comparison would be that both have enormous rewards when another (especially people of the same ilk) appreciates the sound or the blog. If someone attending a show I played approached me after a show and I was playing for beer money and gas, that made it all worth it. All the years practicing was worth it at that moment.

The same holds true with a blog. Nobody read my first post, maybe nobody reads it still, but a few people have stumbled across something I posted and said, “Hey, that was great work, it really made my day.” Or, “That was insightful, Alex, thank you so much.”

The fourth is that they are both a manner of record. While not all passionate guitarists record or want to record, most do at some point. Both the blog and the guitar are public record which gives them some sense of levity or motion. Listen to The Beatles’ earliest stuff like A Hard Days Night and compare it to Tomorrow Never Knows. The Beatles evolved in real time and it was recorded. The same is true with a blog. It is constantly in motion. This is part of what makes them attractive to passionate people.

There are certainly more comparisons here, but at the risk being too creative, I will stop.

For Your Ears Only

A blog is only worth reading if you can tell that someone (the author or authors) really cares, or really wants to transfer an emotion through your viewport. Music and guitars are only worth hearing and listening to if when you hear it, something stirs about you and brings forth something you didn’t have access to until – Voilá ! – the end of Stevie Ray Vaughan‘s Life Without You comes and on you find yourself teeming with heartache, joy, and happiness which once was recorded by someone who felt the same thing, as if it were meant for your ears only. 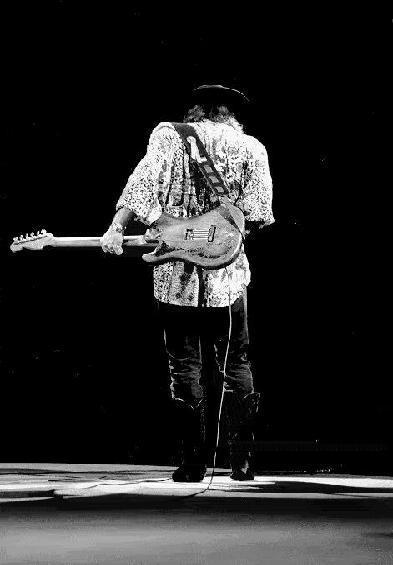 Alex Beattie writes about music and life at the Hound Dog Blog. His twitter name is @rubybluesox

Splits up internet radio songs to single MP3 files, naming by bandname and song name. Downloads album art. Can search for songs and bands that stations have been playing. Fast connections can get thousands of songs a day…

There are 82 comments if you want to check it out before you “buy.” In case you are unaware, downloading from the radio is still technically an infringement of copyright. I don’t do it.

I could find no music industry response to Stream Ripper. But I did find a PC World review of a Streamripper Plug-in for WinAmp.

I love music. It helps my productivity.

It will be interesting watch what happens here.

Related articles:
FUN Finds: How to Be a Blogging Idol
12 Twelve Dream Gifts for 2005