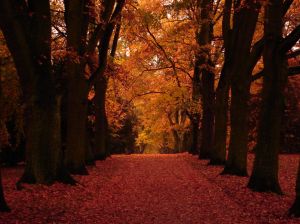 There’s something about being an artist or a choreographer that’s akin being a writer. It’s the experience of doing the work and the learning that comes from it. A person gets to understand how parts together work differently than they do alone. It’s learning that the spaces and the empty bits add importance to the message.

There’s something about being a person that’s akin to being all of them. It’s the experience of learning that being with people is different than being alone. It’s learning that the spaces when we remove ourselves can add vibrancy and color to the times when we return.

To feel whole, we really need both to use our whole mind, to see the whole picture, to get the full meaning.

Spend time in the company of trees as well as walking through the forest.

You Sure Have It Easy

What’s pretty? Do you make assumptions? Do you think you don’t? Listen in. This video stayed with me.

It’s important that we don’t forget.

about light, time, people, and places.

It’s been a most amazing week. I waited at the airport for a plane that was hours late to meet a friend — Ann Michael — a dear friend I’ve known for a lifetime of less than two years. Together we waited for another plane that was also hours late to travel a country that is this country’s history.

Ann and I stayed in a London hotel arranged by a friend that she’s known for years. We got coffee each morning from Starbucks. She and I have shared coffee at Starbucks in at least three other cities. She walks to one by her home. I know I’ve done it with her. I walk to one down the street from me.

A fine businessman, blogger, and friend, Kevin Dixie, took us to lunch at the OXO tower. We explored ideas while sitting by the river and traversed Soho to meet up with a friend of Ann’s, Richard Charkin, — a publisher who recently changed jobs. He shared one of the best stories in publishing. Ann says she’s known Richard all of a few hours in real time. I could say the same about the real time spent in the company of Kevin — still from my observation the fiendships are strong and real.

The next night was dinner and blogger’s movie premier with famed marketing blogger, John Dodds. He’s yet another with whom little real time has been logged but the friendship can’t be denied.

In the middle of the trip, Ann and I both met up with friends we have known longer than a decade. Then she came to meet one of mine who knew many of hers. The connections they had in common were amazing.

I had lunch with Hsien Hsien Lei — I first met her in the comment box in 2005. I finally got to meet Mark McGuinness, a most patient man, who’s doing some magical things mixing creativity and business. Ann and I enjoyed breakfast with Benjamin Ellis, his insights into the corporate world of UK business were fascinating.

We sadly we unable to connected with Karin, one we so hoped to meet, but we vowed that we would make it together somewhere, somehow, some place in the future. Yessirree!

Friday night at the Geek Dinner, I was fortunate enough to talk to some folks I admire, Hugh MacLeod, Dave Winer, Mark Earls, and Nick Butler aka Loudmouthman. Certainly a high point was a chance to visit the Guardian for coffee with Jemima Kiss, who joined us later; that trademark smile of greeting from Robert Scoble; and the surprised look of recognition on the face of Dave Sifry when I said hello. The freezing photowalk through London with Sifry and Scoble later was unforgettable, but could have done with more beer. The conversation when we finally sat down was worth the cold hands getting there.

Why am I telling you all of this?

The last night, which I spent in Oxford in the home of friends I’ve known for almost two decades, I went out for a breath of air looked up and saw the stars. Orion — too often hidden these days by city lights — was there waiting for me.

Until that moment, home and you had felt far away, but not anymore. Then it seemed that all time, all people, and all places were written in light on the indigo over my head.

I knew then that we would live forever.

That’s what I’ve been thinking ever since. It was a most prodigious day.
I’ll be collecting all of the party links for you.

Meanwhile, I just want to say
that if troubles ever knock . . .
you can share them too.

If you find a time when things just seem to fall apart
and there’s no way to keep a cheery face,
when the sight of your own reflection
only breaks your heart,
and all of your dreams have given up the chase . . .
pick up the telephone, you know I’m always home,
any time of night or day.

Let me be the first to know. — Howard Jones, People

You are my inspiration.

Thank you for showing up in your own unique and wonderful ways,

Related
The party is Oct. 24th! Come for the surprises! Bring a link to your success!!!