Thinking in the 21st Century

Thinking cannot be separated from who we are. In the 21st century, the age of intellectual property, the way we think is crucial to having a place in society. What we think and how well we express those thoughts will determine where we fit and how well we live. Thoughts, ideas, processes, intangibles–all have value in a world of constant change where knowledge is an adjective, a noun, and an asset–in the form of intellectual property–on balance sheets.

In the largest sense, American society is breaking into two classes:

The first class are people who know how to think. These people realize that most problems are open to examination and creative solution. If a problem appears in the lives of these people, their intellectual training will quickly lead them to a solution or an alternative statement of the problem. These people are the source of the most important product in today’s economy ideas.

The second class, the vast majority of Americans, are people who cannot think for themselves. I call these people “idea consumers” — metaphorically speaking, they wander around in a gigantic open-air mall of facts and ideas. The content of their experience is provided by television, the Internet and other shallow data pools. These people believe collecting images and facts makes them educated and competent, and all their experiences reinforce this belief. The central, organizing principle of this class is that ideas come from somewhere else, from magical persons, geniuses, “them.”

. . . My purpose in this article is to undermine that belief.

Most Schools Are Inside the Box

When I was in school, it was weird and unpopular to think outside of the box. But there I was. It’s not something I learned to do. It’s how I came into the world. Much like a left-handed kid learns to use right-handed scissors, I learned to figure out how everyone thinks. I learned to observe so that I could understand them. Knowing how other people think was a survival skill for me. For them, learning how I think was a gesture of friendship.

In school it’s weird not to think like everyone else.
In society, outside-of-the-box thinking is a prized commodity. Innovative thinking is essential to any change-based leadership brand.

My experience of school, both as a student and sadly as a teacher was not, in the most primary sense, geared toward developing new ideas. It was centered around teaching and learning what had already been done, without taking that next step to challenge the past with how it might have been done differently or better.

Thinking Outside of the Box Is Critical

The world economy has changed to one of service and ideas. Conversation is digital and content is king. The ability to work with ideas has become crucial to having a place in society. Thinking outside of the box is no longer a weird personality trait, but something to be admired and valued. It’s a key trait necessary to modern-day strategic planning and process modeling.

Intellectual property–content–is an asset that not only gets produced, but reproduced, reconfigured, and re-purposed for variety of media. Those who produce intellectual property are builders of wealth. An original idea that solves a problem or presents an opportunity is worth more now than it ever has been. Those who develop and mold original ideas are the new “killer app.”

10 Skills Critical to Your Future

These are ten skills critical to your repertoire. They have indelible impact as part of a resume, a personal brand, and as a skill set. They compound in value each minute in the marketplace. Though it can be done, these 10 skills are difficult to cultivate inside the proverbial box. Yet they are critical to your future, if you want to be an idea creator and not an idea consumer. These are

The 10 Most Critical Skills for the 21st Century

The skills that you develop from outside of the box thinking stay with you for a lifetime and are transferable from one job to another. You don’t need them to write every shopping list, but they are there whenever there is a problem to solve or an opportunity to take advantage of.

It doesn’t take a genius to become a fluent, flexible, original, and creative source of ideas. It takes a person who can develop habits of thinking in new ways. What actually happens is that you find out how you really think, rather than how you were taught to.

Who wouldn’t want to work with a person like that?

PS We’re going to go down the list of all 10 in the Finding Ideas Outside of the Box series. Let me know if there’s one you’d like to do first. 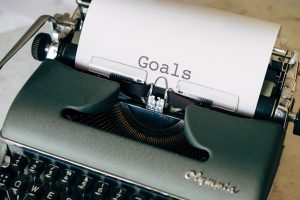