Online marketing is an industry that is acutely aware of buyer behaviors and patterns; in fact, many trends in digital marketing are driven by this awareness. The Internet is a positive feedback loop- it has changed the way consumers research, shop, and buy, which in turn shapes how marketers use the web to market to buyers. Do you know how the Internet influences buyer behavior, and how to capitalize on that information? Read on to find out.

One of the best features of the Internet is the accessibility to learning resources that it provides. This is true of product information as well as academic knowledge. Consumers are now taking advantage of this wealth of online resources to learn more about the products and services they are interested in: what their options are, the key differences from each competitor, and what price levels to expect. This smart shopper means that they have an element control over the sales process Â they no longer need to wait for your sales presentation to learn the details about your solutions. Instead, you need to be prepared for dealing with a middle of the funnel customer, with knowledge of the product and specific questions, earlier in the buying cycle.

2. Buyers want you to help make them smarter

While a more informed customer might sound like a tough sale at first, itÂs important to look at the positives of the situation. A well informed, inquisitive customer will place a lot more value and trust in your brand if you help contribute to their knowledge. Content marketing is a great tool to use here Â by publishing information that helps consumers understand your industry, your products, and their options, you are not only demonstrating value to the buyer, but also strengthening your own position as a reputable, knowledgeable company.

But buyers arenÂt just going to take your word for it. Social media, forums, and other third party online communities help potential customers hear from real users, and can help sway their decisions one way or the other. You should be actively monitoring and engaging in these conversations; you need to know what people are saying about your company, and you need to be ready to jump into a conversation when a question is asked Â this is a great opportunity to help educate the customer.

Your turn: how have you changed your strategy to deal with the new, more informed consumer?

Author’s Bio: This article was written by Darren Creasey to inform people about the advantages of online marketing. He believes that through internet marketing techniques, companies can achieve a greater level of success.

I took two days off Twitter recently and listened. By listening I mean watched. I’d been noticing the changes: the shifting, the influx and the exodus. I’m not talking about how the interface is working; I’m talking about the how the users are changing through the use of the tool. I’m a sociologist at heart. I like to watch group behavior; I like to think about what makes people tick. Brian Solis described social media as “… a fusion between technology and sociology…” Naturally, I’m intrigued. 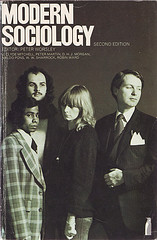 I saw really interesting happenings. There will always be leaders and there will always be followers – no Twitter pun intended. I saw people I have met in person taking on leadership roles on twitter that they never would dream of doing off line. I saw people changing their behavior from when they began on Twitter to emulate some who they must perceive as successful. I saw people building relationships based on conversation and many offerings of help.

At first, I admit, I did notice the more negative aspects of what is happening out there like the huge collecting of followers based purely on numbers without any engagement. I also noticed that some people needed instruction on how to be genuine. No, not just newspapers and corporations but actual individuals.

Through a conversation I was having with someone I greatly admire (and whom I met through Twitter) I began to describe how I found this particularly sad. He replied the “genuinely-challenged” haven’t learned that their vulnerability can be a rich source for power to do good for others.” I thought about that statement for a full day.

I see a lot of good things happening through social media. I’m not just talking about Twitter – that’s a tool and there are many tools. I see people coming together, exchanging ideas, learning and growing. I see companies communicating with people who buy their products in a meaningful way. I see publishers, PR people recognizing the need for change and working through that. In tough times I see people reaching out to each other building a community that offline, maybe crumbling around them.
It was really good to step back for a day or two. I highly recommend it. It’s also really good to be back.
Have you taken a social media break? Was it helpful? What did you learn?

from: Kathryn Jennex aka @northernchick

We Write About Others

Reputation is an online currency. The value of what we say is nothing without credibility, competence, and integrity to back it up. Part and parcel of online reputation has become something known as social proof. The popularity of our network and the things people say about us and our influence carry weight that affects the value of our words.

But what if people say things that are mistaken, out of context, or just made up? Even with the best intentions, folks meaning to evaluate and offer input can miss part of the story. And there’s that human trait some folks have for wanting to take down whatever person is currently at the top.

How do we tell a critic from someone who simply wants an influence to shut up?

Last night in a conversation on Twitter, the subject of critics and criticism came up.

This morning I went to Merriam Webster for clarification.

critic – Etymology: Latin criticus, from Greek kritikos, from kritikos able to discern or judge, from krinein
Date: 1588
1 a: one who expresses a reasoned opinion on any matter especially involving a judgment of its value, truth, righteousness, beauty, or technique

censor Etymology: Latin, Roman magistrate, from censÃ âre to give as one’s opinion, assess; perhaps akin to Sanskrit ÃâºamÃâ¡sati he praises
Date: 1526
1: a person who supervises conduct and morals: as a: an official who examines materials (as publications or films) for objectionable matter

A critic analyzes a work to determine whether it’s structurally sound and accurate. He or she sees whether it’s aesthetically pleasing within the confines of the medium it’s offered. A critic uses education and experience to evaluate whether an artist, thinker, writer, speaker or other has set out to perform a worthwhile work and has accomplished that goal.

A critic’s personal opinion of a work or the source is secondary to how well the execution of the original purpose is achieved within confines of the validity, accuracy, structure, and expression of the work.

Statements about the “goodness, morality, or personal value” of a venture or adventure are not criticism in it’s truest nature. Unsupported personal judgment about a work has to pack unquestioned expertise to be criticism and even then —

Censors judge goodness, morality, and what is right . . . or not.

It’s a delicate endeavor to do that fairly without taking away a person’s humanity and in the process losing our own. The most effective censors also leave their personal biases at home.

A person is a person, a many dimensional being — not simply a blogger, an A-Lister, a social media guy, a date last night, or a mom. I think about that when I hear folks make statements about motivations and intentions without having heard from or studied the people they are talking about.

According to the Etymology, the word critic is younger than the word censor. Maybe we need more practice.

Critics and censors — what do you see of them? How do you respond?

I’ve been thinking about a post called Dante would be proud, at the Church of the Customer for two weeks now. The post is only 7 lines long, but points to a Wall Street Journal article about a law firm that is teaching it’s partners to have manners.

I can understand the position they’re in. I lost my manners once. I’m not sure when or where they went. Maybe they left when we changed to a casual dress code at work, or maybe they flew the coop when parents let their kids call adults by first names. I don’t know

I just know that mine were restored by a lovely 8-year-old Australian girl.

We were at a gathering at a home where I was staying while working on a publishing project. The young lady’s mother was an author on the project and is a friend. This young lady herself is a fabulous conversation partner. While we were talking, I volunteered to help her fill her plate from the massive buffet that was being offered. My arms were longer.

My sweet new acquaintance answered with, Yes, please. Thank you! or No, thank you.

Several Yes, pleases in a row took me back to second grade, hearing my teacher say, We’re polite to show other people we care and to give them our respect.

I’ve been saying, Yes, please. No, thank you. and You’re Welcome. ever since. In a way, saying, Yes please, makes me feel brand new — like a kid again.

Yes please is so much more fun to say than just saying Yes.

This weekend I’m going to be saying Yes, please! Thank you! You’re Welcome! whenever I can