What if you had the BIG IDEA that trumps Twitter â the one that could get everyone to leave the Fail Whale for your newly imagined super-site? Or maybe your idea is for the next VitaminWater or Under Armour – what would that be worth?

You may know someone who came up with a great idea, or maybe you came up with one yourself – an idea that someone else pursued and made major money from. If you could just find a way to get paid for thinking of the next big business idea, you would be set for life. .

The problem is, you canât.

The biggest bummer about business is that the ideas behind them arenât worth anything. As Chris Brogan says, “I could totally do that doesn’t mean anything if you don’t.”

A penny for your thoughts â¦ if youâre lucky

Nobody whose head is screwed on straight will buy a business idea from you (or anyone else) because any value related to a business idea is in its implementation. Maybe if you give someone a business idea they will one day send you a coupon for a free product, but that is about it.

The further something gets away from an idea, the more value that exists. Things like

The reality of the lack of value in business ideas is a shock and a disappointment to many people who want to get compensated for thinking of âthe next big thing.â

Sure, the idea kicks off setting the business in motion, but coming up with an idea is a one-time thing that isnât particularly difficult, doesnât require much risk and doesnât take a lot of work. Even if you laid in your bed fine-tuning the idea every night before you went to sleep for six months, this work pales in comparison to the amount of work required to get the business started and to make it successful. The more action you take and the greater the results that you achieve from that action, the more value you will create.

That BIG Idea for the next Twitter, Vitamin Water or Under Armour really isnât worth anything at all.

All of the other facets of starting and running the business, of which there are many, are quite difficult to do. They require a lot of risk to do and to do well. They arenât done once, but have to be attended to on pretty much a daily basis. They take a lot of hard work. So, in looking at this whole thing we call a business, would you place a lot of value on a one-time idea that took no risk to produce, or on the other myriad tasks that have to be done indefinitely, day-in and day-out, that take a ton of risk and hard work?

Bottom line: Itâs not the idea; itâs the execution over time that counts.

Are you ready to put the work into that BIG Idea of yours?

—–
Carol Roth writes Unsolicited Business Advice (TM) or aspiring entrepreneurs, solopreneurs and other small business owners, at CarolRoth.com You can find her on Twitter as @CaroJSRoth

Thanks, Carol. Ideas are everywhere. Execution is not.

Every great movie star did a movie or two for the cash until he or she could do the movies he or she really wanted to do. That’s one thing. It’s fine to do if we know that’s what we’re doing. It’s a skill-building, bill-paying short-term strategy that works to keep us solvent.

But, if we’re not careful, we can get so busy doing, that we lose sight of the end game — the strategic goal out there on the horizon. While we’re busy making money to pay the rent, we can have outstanding ideas and let them get away while we work at things that don’t inspire us.

Work without inspiration steals energy. It keeps us in the same place or moving in the wrong direction.

What powers and fuels a career or a business is irresistible, value-added, real WOW ideas — what folks need, wish, and dream for — can’t live without ideas. Even if you’re working on something that’s boring, are looking for your own irresistible ideas that will head you to your own horizon? Here’s how to know one …

I bought my Toyota MR-2 Spyder for many reasons. It had great performance specs — practical. It has its flaws — 1.9 cubic feet of storage space. The WOW is the faux titanium door handles — emotional. No other car has them, not any Porsche, Ferrari, BMW two-seater. I know. I look inside them all. They all look boring to me. Those door handles make my car look like it cost 3 times what it cost. It will also allow me to resell it much higher. And the dealer was willing to sell and service it at a great price — it fit into my life.

An irresistible idea fits easily into our lives. We don’t have to work to buy that product, to learn a lot use it, or to explain it when we share it with our friends. Irresitible save us time, saves us money, or gives us a sense of ease and comfort.

Every car has an engine and four wheels. Trying to improve on those gets you into trying to be original. Original is risky and expensive. Why not piggyback on what has been tested and perfected. Irresistible ideas come in the back and the side doors. They approach things from the inside out. They make things work better, feel softer, stop being a pain. Irresistible takes one part and makes it elegantly simpler.

Irresistible ideas are joyfully unexpected. I still love the person who invented the wireless mouse.

The most irresistible ideas come from where your passion and your intelligence cross with the places you spend the most time. We have more ideas than we might actually realize and when we’re busy working on something tiring it’s easy to forget them.

How do you capture your irresistible ideas?

I have been reading the Age of Conversation 2 ( a book of essays on Social Media, but you know that, site | book) and it really gets me thinking. For example, we have nuggets of inspiration like this:
Efrain Mendicuti – Google Mexico

“We have to realize that most of the jobs that will be here in ten years haven’t been invented. So it’s hard to set up a curriculum for these new kind of creatives.”

These jobs that are yet to be created are in the realm of the knowledge worker, the creators of ideas that will transform the workplace.

Where should we look for new ideas?

The blogosphere is full of these creative types, and there is the very real possibility that one of the remarkable people that comes to SOBCon this year just may create something that no one has ever seen before. But we are not learning these skills in college, or in high school. We are learning them from each other as we reach out across teh interwebs and talk. We talk to our friends and neighbors, whether they are around the corner or in faraway countries.

This new medium has transformed the way that people talk to each other, work and live together, create businesses and communities. Everything is different today, and it will change again tomorrow. Writing for the Web – DIY SEO training course

All this talk about conversations, and the amazing things that we see on places like Twitter and Flickr everyday gives me a great deal of confidence in our future. So here are some questions for sharing: 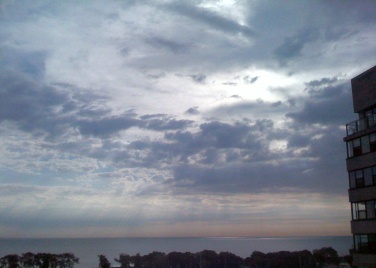 I can’t help but be reminded — punch holes in the clouds to let the sunlight stream in.

A simple act can kickstart a wealth of ideas.
Look out the window. Find a breakthrough.

Get your best voice in the conversation! 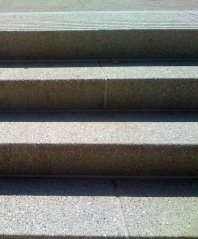 A friend from my days in publishing has thousands of ideas to every one of mine. Being with her is both exciting and frustrating, because she imagines potential futures, but can’t see whether they’ll play out usefully.

On the Internet, it seems that everyone has thousands of ideas . . . even me. With so much information and conversation around us, each day brings a passel of potential futures to discuss and dream.

We learn about how to build things. We talk about what we could do and be. We imagine repurposing what already is. We innovate, create, and ideate, almost without thinking.

The problem is that too often we don’t DO anything.

If the idea is as great as we think it is, why don’t we build it, create it, execute, and deliver it?

Some ideas can’t stand up the stress of such things. They start unraveling.

Other ideas could be wonderful futures but no one cares enough to produce what they describe. Doing something is where the real work begins. We have to show up, step up, and invest ourselves to build a reality.

What will you DO with your ideas today?

Write more effectively in less time.
Buy the eBook that shows you how.

We all do it. We misfire on a key point that shoots us in the foot every time. It’s a major disconnect that I see almost everywhere.

We think we can be the business and still represent the customer. As a result, we end up only thinking that we’re delivering on what the customer wants or needs. The reality is

We can’t be the business and the customer at the same time.

A certain kind of thinking goes into building a product or service. Decisions are made about how the offer works and why it works as it does. When it comes time to judge the value of the finished offer, those who did the thinking can’t forget what they know about how it was made.

It’s impossible to participate in the thinking that builds something and then to respond as if you don’t know what that thinking is.

Unfortunately, businesses everywhere — from entrepreneurs to corporations — try to do exactly that. What happens then is that we offer our customers, clients, readers a flawed product or service assuming that they know why we made it as we did.

I reviewed an interactive site where, four clicks inside I was lost in “helpful” information. I was unable able to find navigational signs to get to the content that was past the “lessons” up front.

Their intentions had been excellent service, but the result had the opposite. The developers didn’t know about the barriers . . . because they knew why each “lesson” was there.

So if you’re one of the folks that I call to talk about what I’m working on . . . thank you so much! The questions you ask really help to keep me on track.

Have you bumped into products that offer you plenty of extra “stuff,” but not the one thing that you want?