If you have your own business, then you’ll definitely want to make sure that you use all of the tools available to you in so that you can reach as wide an audience as possible and start building up a platform. One of the most powerful platform building tools out there today is blogging.

Before you jump in and unleash your first blog on the business world, you’ll want to make sure that you’re doing it the right way. Put your excitement to the side for just a moment and do some research to see what makes a blog popular and what makes a blog a complete waste of time for you and your audience. There are six mistakes in particular that a majority of bloggers seem to make that can tarnish your business blog. 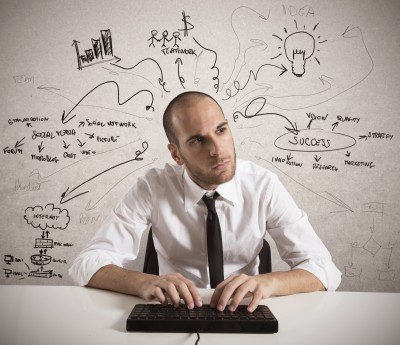 1. Neglecting to Include a Bio

It doesn’t matter how magnificent, insightful and informative your blog posts are, readers want to know who you are and what kind of business you have. Be sure that you have a full ABOUT US page somewhere on your blog, preferably in a location that’s easy for readers to see. On the ABOUT US page, include a bio and either a picture of you if you’re the sole proprietor of your business, or a picture of you and your staff. Doing this allows your readers to connect with you and your business instead of you just being a faceless, nameless blog.

Think of what it’s like reading one of the best blog posts you’ve ever read and wanting to get in touch with the author only to find no sign of contact information. Readers shouldn’t have to spend time going over your blog with a digital fine-tooth comb trying to find an email address, website address or phone number where they can reach you or a representative of your business. You never know how many valuable business connections you can make with your blog, but you won’t make any at all if no one can reach you. Be sure to add contact information on your ABOUT US page.

3. Lack of Information About Your Services

Let readers know what type of services you offer. Be as specific as possible when describing your services, so that you don’t confuse anyone and make sure that your blog posts are relevant to the kinds of service you offer and the industry that you’re in. You’ll get a lot of raised eyebrows if you’re an economist writing blog posts about how to put antique cars together.

Your blog should be a place where you share information, interact with your audience/potential customers, and offer free tips. Readers don’t want to feel like they’re reading a sales ad for your business every time they visit your blog. There’s nothing wrong with a plug here and there, but focus more on giving than getting.

4. Having Too Many Blogs

There’s no need for you to have multiple blogs if you have multiple services; all that does is give you more posts and things to write about on the one blog that you have. If you decide to have multiple business blogs, one or more of them is sure to be neglected. Some blogging platforms give you the option of having more than one page for your blog where you can post about different subject areas. Readers don’t want to have to bookmark all three of your business blogs when it’s better and easier for the both of you for you to just have one blog. If your readers receive an email notification every time you post a new blog and you update all of your blogs on the same day, you’ll clutter up their inbox, which is a huge no-no.

Be sure that you include a link to your business website on your blog. Think of your blog as another chapter in your novel. Give your readers a table of contents so they know exactly where to go when they’re in need of a certain type of information. With links, you’ll want to be careful that you don’t have too many of them as this can potentially scare readers off. In today’s fast paced world where most people have a short attention span, who has the time or the desire to click through ten different links? Besides a link to your business website, include links to any articles or guest blog posts that you’ve written or that your business is mentioned in.

6. Making Commenting All But Impossible

Making readers jump through a variety of hoops just to leave a comment will more than likely frustrate them and cause them to abandon the whole thing. When you get a sizeable audience, you might have to be more diligent about keeping out spambots, but in the beginning you don’t really have to worry about them too much.

While these are the most common blunders to avoid on your business blog, a few more you’ll want to avoid include filling your blog with unnecessary graphics, having long load times for your blog and blogging inconsistently. Have fun with your blog and make it your own, but make sure that you have a few ground rules in place before you start.

What are some of the most glaring errors and missteps that you’ve noticed on other blogs, business or otherwise?

Author’s Bio: Landon Lourell is a marketing associate with MonsterDisplays, an online source for trade show displays. Landon is passionate about all things business marketing related and enjoys sharing his knowledge with others through blogging.

I am a communications professional. My entire career has been spent at PR firms – first at Fleishman-Hillard in Kansas City, then Rhea & Kaiser in Chicago, and I started Arment Dietrich in April 2005.

One of the most important things I learned early in my career was how to build relationships.

I spent many years cultivating relationships with journalists: Getting to know their beats, understanding what they would or wouldn’t cover, and even knowing when they celebrated their birthdays so I could send a card or cupcakes or booze.

And then 2008 hit. Newspapers folded, popular magazines went under, and a lot of my friends – those I’d known for more than 10 years – lost their jobs.

Suddenly the journalists who were left had to cover automakers, small business, and manufacturing…even though small business might have been their only beat previously.

They were too busy to take phone calls or go on media tours or even sit with you for an hour to talk about what you had upcoming.

And the role of a communications professional changed, when it came to media relations.

Getting the Attention of Journalists

I read it with great interest, mostly because I had had amazing success using Twitter to build our brand.

In it, he detailed the four reasons entrepreneurs should not use Twitter. I very thoughtfully responded on his article and pointed out the four reasons they should use it…and the other social networks, too.

Because my comment was thoughtful and professional, he called me and we talked about social media, in general. About 30 minutes into the call, he asked if we could go on record.

What came of that conversation was, “Twitter for Small Business…Reconsidered.”

Because he’s like everyone else – swamped with little to no time to listen to pitches from PR professionals – he reads the comments on his articles to see if there is anything worth revisiting or diving into more deeply.

Hence, the response campaign was born.

It’s not a very creative title, but my team and our clients know what it means: Spend the time to read and respond to journalists and they’ll eventually add you to their Rolodex of trusted resources.

Here is a step-by-step process to create this magic for yourself:

If you are consistent and post intelligent comments once a week, youÂll soon have developed relationships with journalists who call on you when they need someone to interview.

Yes, it takes some time. Yes, it’s hard work. Yes, it requires that you keep up with your reading. But it works 100 percent of the time. Wouldn’t you rather do that than send a news release to 1,000 journalists and not get a single bite?

Author’s Bio: Gini Dietrich is the founder and CEO of Arment Dietrich, a Chicago-based integrated marketing communication firm. She is the lead blogger at PR and marketing blog, Spin Sucks, co-author of Marketing In the Round, and co-host of Inside PR, a weekly podcast about communications and social media. Connect with her on Google+, Twitter, Facebook, Pinterest, Instagram, or LinkedIn.

Check Out that Profile

At noon CST, widget maker, JS-Kit, announced that they’ve acquire HaloScan — the largest hosted comment service on the web — and they’re building out some enticing new features to make the new product a full-service commenting engine. Key traits are that it allows embedding of YouTube and audio in comments and is completely removable — you won’t lose your comments should you decide to opt out at a later date.

Last night JS-Kit CEO, Khris Loux explained that his team is working feverishly on a build out that will offer commenters ever-increasing ways deepen their profiles and manage their information. He strongly emphasized his core beliefs that content belongs to the producer and that great customer relationships will be forged by serving that idea.

The new profile feature gives users access to their comments made across JS-Kit 550,000 publisher sites and encourages cross-domain traffic. When you mouseover a comment by a JS-Kit commenter you’ll see a profile that looks like this: 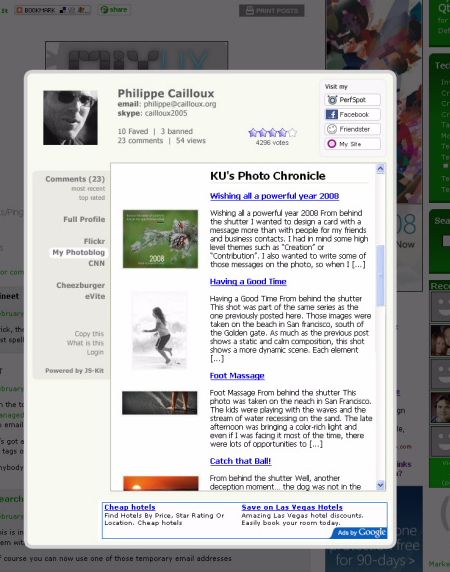 You can add or remove JS-Kit Comments without risk of losing comment data. Import and update existing comments from Blogger or WordPress. The integration panel looks like this: 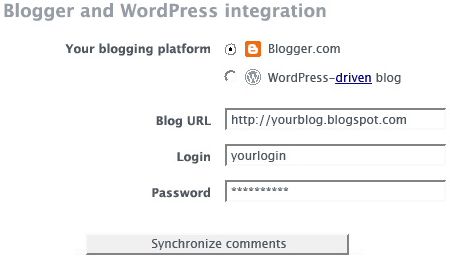 I haven’t tried it yet, but it sure sounds promising. Khris encourages feedback so that the product offers you the most useful features and usability. You can find out more at JS-Kit Comments.

Buy the ebook and get your best voice in the conversation.

I’ve been wondering, watching Internet relationships — how they are virtually the same and different from those in the real world. I’ve found patterns behaviors and looked through my experience to see whether those patterns hold up when I test them out.

My conclusion is that folks bring behaviors to the virtual world that don’t always make sense here. We do the human thing of continuing what we feel has worked for us before — without considering whether, in this new situation, it’s still the sensible thing to do.

Some foolish folks are getting this Internet thing wrong. That’s dangerous and annoying.

Read on if you are one of them. Better yet, read on anyway, we never know when a wave of foolishness has taken over us.

Here are the 5 senses that folks need to adjust to stop being dangerous and annoying the Blogosphere.

These five senses are critical to a successful experience in the Blogosphere. What other sense can you add to the list to make the Internet less dangerous and less annoying?